A little treat…a name best suited for a project so short yet so digestible. A project that manages to pack so much texture and layers in a short run time while sounding so addicting at the same time.

Sweet is an understatement for the collaborative efforts of Cain Lofton and GoodBoy, the newest golden duo to sweep the streets of Baltimore, Maryland.

Debuting a niche for songwriting and a wondrous, soulful voice, Cain Lofton presents a batch of airy R&B boppers that blur the lines of multiple genres.

She’s assisted by friend and collaborator GoodBoy, resulting in a breath of fresh air for contemporary music.

Despite having a strong range of musicality (and aside a two-song release last year),  a little treat serves as the Baltimore singer’s first fleshed-out project.

After releasing her first project for the world to listen to, the singer felt “pretty good,” about it all.

“The Phase 1 ep was two songs put together but this is the most well-thought-out piece of work,” she said.

“It’s appropriate because we’ve been working together for over a year so it makes sense that this is the most well put together, but it’s exciting for me.”

Cain Lofton may be new to the music scene but is no stranger to the art form at all. Her journey as an artist can be mapped from Chicago to New York to her current residency in Baltimore.

“Being from Chicago, I spent a lot singing with my church and I feel like the way we make music is very natural,” she said.

When it came to her influences as a musician, they stemmed from “my life experiences and I’m a musician’s daughter. My mom and everybody else in my family played some sort of instrument so I’m inspired by that, just the people I was around.”

Lofton’s inspiration and motivation as a creative “comes from being a music lover”.

Aside from Gospel and R&B music, she noted Coldplay, Marina, and the Diamonds, Carrie Underwood, really just anything that sounds good” as other acts who have helped shaped her music taste.

“There’s no order of operations all of the time so that’s the kind of artist that I am. Where things flow just the way they should, the emotions just kinda come out”, she said.

When it came to releasing art and the weight behind it, the singer spared no sign of faltering.

“I’m not doing something with the thought of this is going to be public facing, somebody watching, somebody listening; how do we feel right now, what do we want to express?”, she stated.

“You can say that’s who I am as a songwriter and a performer, I want to be as candid and as forthcoming as possible. Forthcoming and candid, that’s the best way to describe myself. Very dreamy.”

This may be Loftons debut project, but for head producer GoodBoy, this was another addition to his catalog.

The two came together in the studio within the first few years of Lofton’s residency in Baltimore where Lofton mentioned “we had been looking for producers in the area and Goodboys name just kept popping up.”

GoodBoy is a producer born and raised in Baltimore, Maryland. He is also head of Rap Camp, a group of friends and collaborators that come together at different times to create music and find new artists to support the Baltimore area.

GoodBoy has been producing since the 8th grade, but it was only 10 years ago when he started taking the production side of things seriously. Since then he’s been a part of countless acts in the Baltimore music scene such as his current association with Selene Park.

The collaboration of the two was initiated by a mutual manager, K.T of Planet88.

“A friend of mine, Nae, knew K.T and was the mutual connection and they all came over for a session and we made some demos and I went oh ‘that’s a great voice, let’s keep the thing rolling, and then it snowballed and went from oh let’s do this every month to every week to every weekend”, GoodBoy mentioned.

“We all Linked up through K.T. It’s all been either my apartment or ‘Home Studios’, K.T’s spot where Planet88 live sessions are held out of.”

GoodBoy added “that second week was when we made ‘Keep It Simple’ so we got on it fast” when it came to the collaboration process.

“I feel that I work best with others,” he said.

“When someone is in the room and it’s hard to find artist that will give you that chance outright, without any credentials that might impress them so you just gotta go with friends sometimes to change the atmosphere.”

The demo sessions gave way to more than a simple collaboration between Lofton and GoodBoy.

“Originally we were working together ’cause I want to be a songwriter for myself and Jack (GoodBoy) speaks, raps on other people’s songs so we were like why don’t we make demos to send out. We’re both songwriters, you’re a great producer, I produce as well, we’re good at this,” Lofton mentioned.

“But then some of the demos we made started sounding very true to us like this is sounding kinda hot like I don’t know if I want to give this away” she added.

“The ones we were drawn to had a specific throughline to the sound we made together and it drew us to make A Little Treat.”

“I would say that there are two pockets we tend to reach towards, one that’s indie electronic…kinda bright, poppy electronic stuff and the other side is a little more reserved that’s more R&B and Alternative with a tuck back, more personal feel,” GoodBoy added on.

Lofton also expressed “we have also been listening to Caroline Palocheck A LOT in terms of the songwriting and the feeling” as a major influence.

“If everything is gonna be unhinged and untethered then you might as well do what you want to do”.

The project title: a little treat describes the E.P quite well in Lofton’s eyes.

“The title came from the fact that I have an intense sweet tooth like I always want a sweet little snack and when it came to naming the project we were debating like ‘oh what do we wanna name it?’, and this came to me because I wanted a little treat, something sweet.”

“Something you can get real fast, a cute little package for you and you can get a little bite of what we do,” she added.

Through its five-song tracklist, the dynamic duo showcase their love of music of all backgrounds and their versatility in execution with every track taking having its own individual flair of style and sound.

“Yeah I think the project is short enough where you can keep running it back and the songs at the core are so honest and earnest, there’s a certain kind of sweetness that keeps grabbing you from the production, to the songwriting to the features like from YTK, the sonic palette we reached for with these songs are so sweet,” Lofton stated.

As the two creatives make plans to continue making art on their own paths, there’s no doubt in either mind that the two will collab again to make something beautiful.

“If everything is gonna be unhinged and untethered then you might as well do what you want to do”.

Offica links up with drill royalty on new single “Where’s The Motive?” [Video] 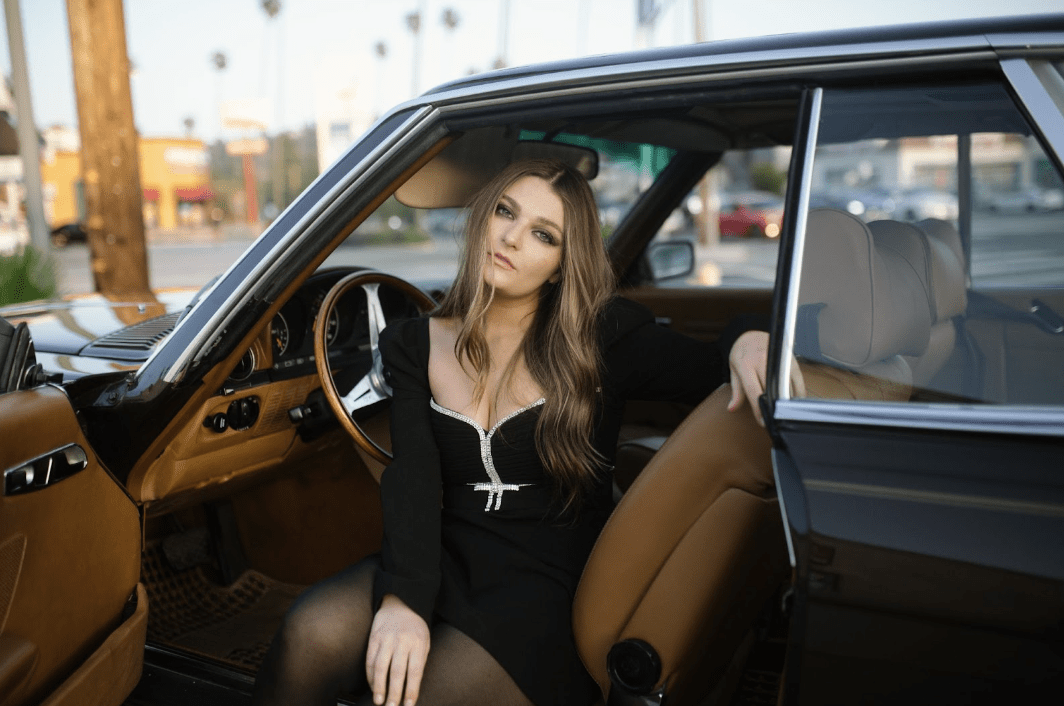 Armani Jackson says goodbye to the naysayers in “Roll With Us”