It’s still quarantine season but that doesn’t stop all the good music from flowing in and on Episode 53, we picked some of the top tracks that we could find and packaged them straight to you. Jamar Carr opens up the playlist with the R&B infused “Pull Up” alongside singer D. Thompson who provides him with a sultry chorus. Singer Hendrix Harris delivers a surreal soul performance with  “5 A.M” while T Star wants to inspire his listeners with “Supreme” vibes. àB (pronounced Abby)  goes for gold with her upbeat girl anthem “First Place” as Donae’o and Blanco take us to “Vancouver” over a sparse bouncy production. Indie act LUVK comes to the realization that love may be over on the heartwarming “Chopped” and emerging rapper Kayvon Music reflects on his humble beginnings on “Good Places.”  “GOMB” is a heavy trap banger that showcases VC‘s energetic demeanor and for the most part serves as a warning to his detractors. Destiny Watson inspires the womenfolk on the upbeat “Another Level” while singer/producer T. Anthony  goes for the good old sensual vibe on the alluring “Slow It Down.” After a short hiatus, Australian emcee AF  returns with passionate lyrics on “Hunnid.” Tamara Bubble sure is having fun on the vibrant “Hoorah” as she goes for that anthemic energetic sound. Singer Tsuni and producer Beezyx fuse the spirit of Fela Kuti and elements of sultry R&B vibes on “Froflexxx (Pàdé).”  Producer BNGRS teams up with LATASHA to explore the dynamics of the “Big City.” Joash, Malachi Amour, and Brandz prepare “Kush & Juice” for our listening pleasure as B.A. aims to raise the bar higher on the reflective “Changes.”

Genre-bending act Miki Rose takes us on a ride of ethereal vibes on the trippy “Homies” while Naya Ali focuses on getting better on the vibrant cut  “Quick Flip.” 1stNameQueen looks at all she has done to get here on the solemn “Nostalgia” as UK emcee Broughton pours more than a handful of appellations on his very own “Princess Leia.” Savvie and Monifé try to examine the inner conflict that comes with “LUV” and on the flipside, KOTH marks his territory on the upbeat “Heavy is the Crown.”  The dark, boom-bap sounds of “Thought We Were Done?” comes courtesy of UK emcee Dux and Hughdem who both deliver densely lyrics that showcases their respective pen game.  The legendary DJ Premier teams up with UK rap group The Four Owls for the vintage-sounding “100%” that serves as the group’s lead single before they drop their third studio album Nocturnal Instinct. Rappers G WAVY and D.A.C. share some heartfelt tales over a cinematic backdrop on “Can’t Be Life.” Rad‘s “Jessie” is a sad story about an individual trying to shed his past in order to do better for his family while Guru Ma finds the essence of self-love on the soulful  “By Myself.” Producer Kut One closes this edition out with “The Chosen One” alongside Ghanaian/American emcee Recognize Ali who delivers edgy street raps over a dark gloomy backdrop. Check our previous editions here.

KNOWN. shines on "Don't Walk Away For Time Is Just A Lie"

Get to Know: Lizzy McAlpine [Interview] 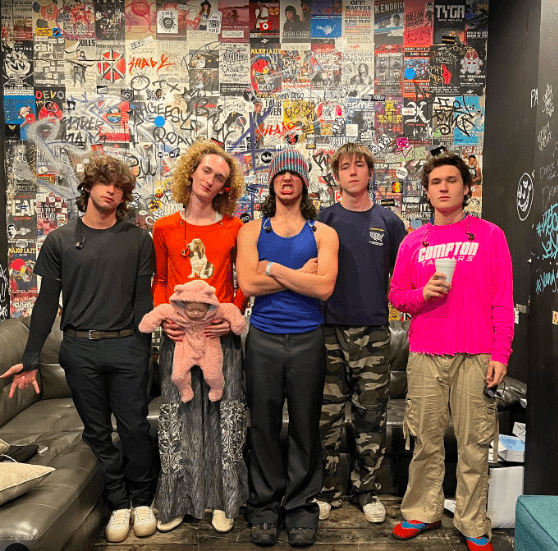 LAUNDRY DAY is going “back to blonde”