Toronto musician Chris Grey drops emotional single “I Should Be Happy,” offering us a raw and honest insight into his mind in a soothing swirl of pop and R&B led by his rich, smooth vocals. Tapping into his ability to weave indulgent narratives with his descriptive song writing style, the track explores the highly relatable guilt of not feeling happy even when everything in life falls into place.

Drawing inspiration from his own internal struggles and anxieties, the singer-songwriter captivates us with his gentle melodies, detailed story-telling and adept production skills as he expertly toes the line between being happy and simply existing on the periphery of the feeling. Shot in one take, the creative visuals adds a cinematic element to the track, with a snapshot of life quickly passing the rising act by as he stands stuck, consumed by the weight of his worries.

With a musical maturity that belies his age of 20, the emerging act grew up surrounded by the love his parents had for music. As an artist, he has been consistently developing his sound, which bloomed in the nook between timeless R&B and old-school pop. Now moving into moodier soundscapes, “I Should Be Happy” offers a sneak peek of his artistic evolution.

R3HAB and Amy Shark join forces on “Sway My Way” 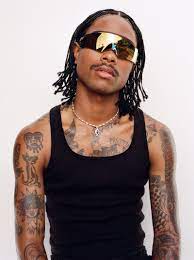 ViVii’s “Fool Alone” is a mesmerizing memento of youthful love

Kiddo Dust shares infectious single “for worse or for better”