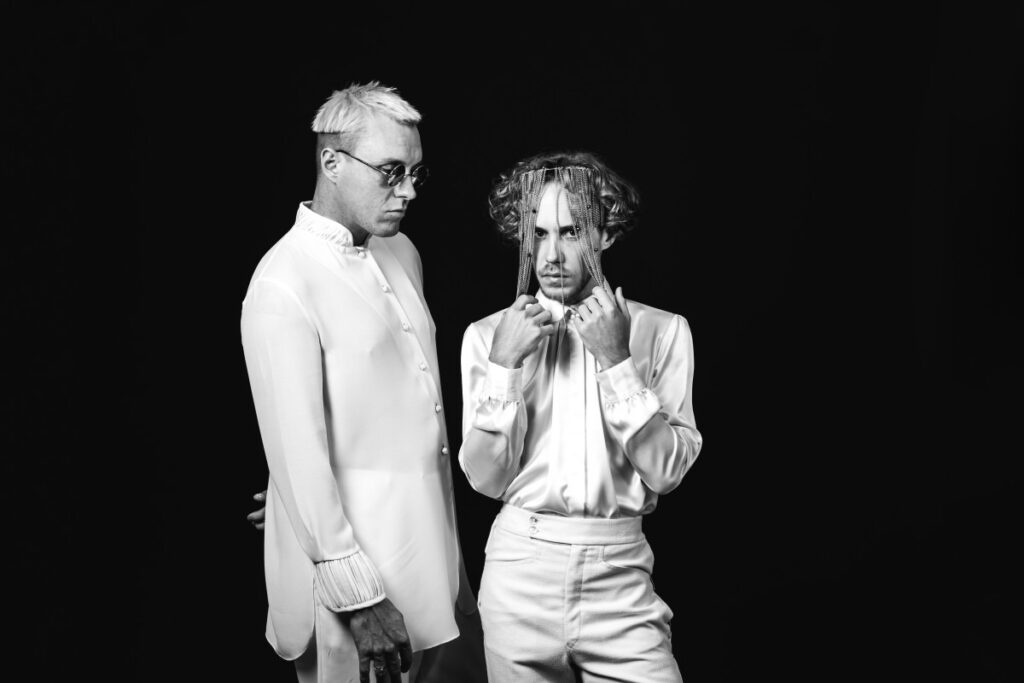 L.A Based duo CAPYAC return with some of their most intriguing and funk-rich work to date in the form of their new album CAPYAC Forever. An album that ebbs and flows between funk, disco, electronica and RnB – its 10 tracks of pure joy with fun at it’s core.

The eccentric duo began their musical journey in Austin, Texas, where they were key in shaping the underground electronic scene. Alongside working on production and honing their craft, they regularly put on shows and events which incorporated fashion, music, art and theatrics. They soon broke out of their local bubble and have now accumulated fans worldwide.

The new album darts between different tempos and genres, while keeping an intrinsic sense of funk throughout via some exquisite bassline work. The album really comes to life with the third track "Sanctuary," a Kaytranada-esque piece of lush groove that labors around the 118 bpm mark with some sultry vocal performances. "Open Your Eyes" is another highlight, with subtle nods to UK garage and two-step. On the new single "Ooeeooeeoo" we hear the duo explore authentic 70’s funk & soul with a punchy, horn-filled production. The LP finishes with "Simultaneous," an ode to synthwave and ambient production.

CAPYAC Forever is an emphatic piece of work from two artists with a unique skill set and a passion for retro-inspired, contemporary funk, soul and electronica.

Pick up your copy of the album here.

Lights Out Premiere: I Am Bam – Kreuzberg [Quartz Rec]