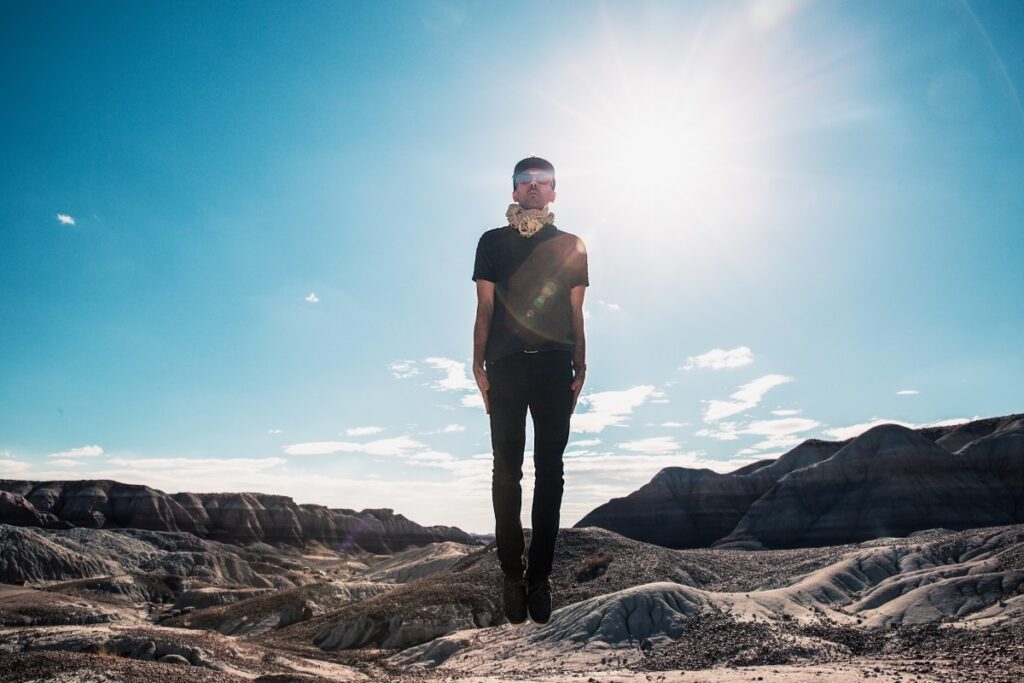 Ambient composer East Forest has released a new album IN: A Soundtrack For The Psychedelic Practitioner, Vol. II. The two-hour project serves as both a guided meditation and an exploration of his abilities to create ambient music.

The project combines the natural and the electronic with songs that take you outside and others that bring you closer to yourself. He uses the sounds of a forest on “Blend” with crickets, water flowing and a woodpecker in the distance, while the soft hum of white noise often permeates others like “Out Of Ashes.” This hum is often found next to soft melodies and pads. He speaks occasionally, but uses his voice as another piece of a melody or to help bring you closer to the project. You can feel this project in the outdoors through a video he shot at dawn in Southern Utah.

This project helps link up what he has been doing beyond just studio albums with other events. “There is a glue that unifies everything I do,” says the producer, teacher and multi-instrumentalist in a statement. “My podcast, talks, retreats, writings, events, and the music I make are all about inviting introspection.”

The title suggests this is designed to work with psychedelics, especially for his shows, and that is one small aim of this.

“I had to figure out how to play my music live for hours at an end, in the dark, while people lay down around me, all in deep states of meditation. Using psilocybin combined with music we created our own, non-religious and non-dogmatic ritual while I guided them with sound. I studied other, similar ancient ceremonies and combined them into a new movement and modern psychedelic protocol. This was never for drug heads or people who are part of some special club. The work we explored was propelled by the profoundly positive results and experiences reported by the participants who came from all walks of life,” explains East Forest.

“The solutions we are pining for will always emerge from the inside out. That is where all real change originates. I do believe we can ignite a revolution in our hearts.”

The album is a spiritual follow-up to his 2018 release Music For Mushrooms: A Soundtrack For The Psychedelic Practitioner.

Having been a part of one of those lying down shows, East Forest knows how to bring on calm I hadn’t felt in a long time. Keep this album for a tough morning or for when you just need a moment to unwind and relax. Pick up your copy here.

LSDXOXO Is Ready For The Club With ‘Dedicated 2 Disrespect’