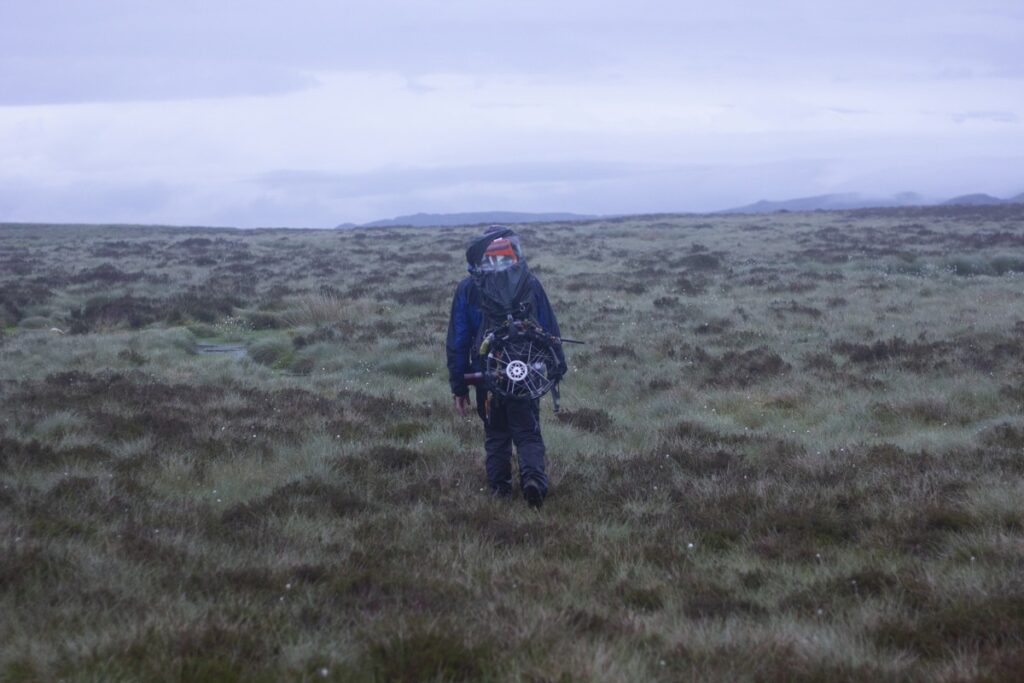 Welsh producer Lewis Roberts aka Koreless has released his debut album Agor. The title Agor is the Welsh word for open, which captures the sensory feeling the listener feels when immersing themselves in this album. He grew up in Welsh coastal town of Bangor, in a house built on the banks of a strong flowing estuarine river, where he became very acquainted with the river and sea. He went on to study Marine Engineering at university.

Now how does this all apply to Agor? The project has a mythical quality to it that ebbs and flows like waves cresting gently on a tall rocky shore. Those same waves he became familiar with from the ocean, he also became acquainted with through music. His uncle, who loved Café Del Mar, gifted him some early music software and a treasure trove on electronic music, which helped him on his way to making electronic music.

In 2011, Roberts made his debut with Young, working with Sampha that year. Now 10 years on and various projects later, he has released an album. The process of creating this LP was not an easy one, though it rarely is. Agor seemed to be especially tortured.

“Some of the tracks on this album have been through hundreds of iterations. Getting from the start to the end of the track is such a twisted journey for me. I’m talking about spending 15 hours a day, seven days a week over a period of years,” explains Koreless.

You can feel that level of detail on Agor. “Joy Squad” is broken apart and reconstituted seemingly one thousand times in the most twisted fashion like Tom Cruise dying over and over in Edge Of Tomorrow. “Shellshock” is the most melodic and easily consumable of the batch, smoothening out the ride over its exactly five minute ride. The full album feels very continuous with fractal elements forming and disintegrating in a second, before reemerging a few moments later. Like “Shellshock,” there are other moments of pure euphoria such as on “Strangers,” while some of the shorter songs feel like they washed up ashore on the Welsh coastline from a period long ago.

Koreless’ attention to detail made the process of putting this album quite difficult for him, constantly tuning, adjusting and creating new versions of each song. In the end, one must just let the tracks go and it is a good thing he did with this album that is detailed, euphoric and at times haunting. That intricacy reveals new pieces of the puzzle with each passing listen for a record worth really diving into. Pick up your copy of Agor here.

How It Was Made: Emancipator – Mountain Of Memory