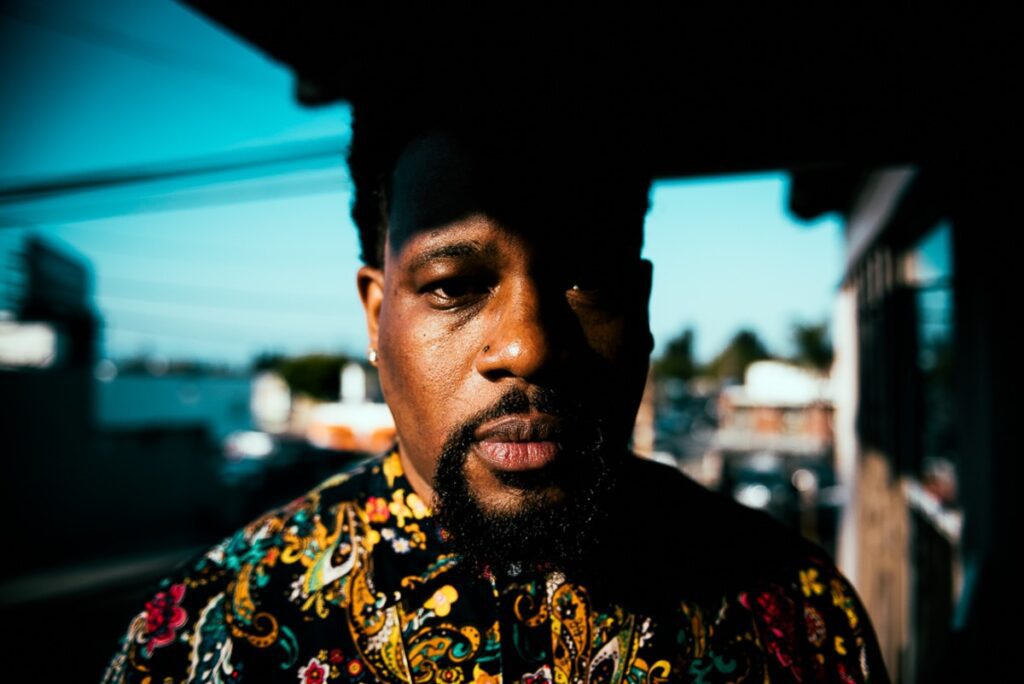 Open Mike Eagle has released his new album Anime, Trauma and Divorce. The album stemmed from him, at the behest of a therapist, deciding to write his feelings in an open and honest way after some pretty traumatic things in his life.

Raised in the South Side of Chicago mostly by his grandparents, he was surrounded by trauma and the crack epidemic. His musical tastes evolved in two different, yet congruent directions with hip-hop and alt-rock. Those come together in his own musical style that doesn’t always take itself too seriously and blends together indie rock, soul, funk & R&B. That humor is found notably on tracks like “Headass.”

His new album is an amalgamation of all of that with some very personal tales of love, loss and divorce. The song “The Black Mirror Episode” in all of its ridiculousness is semi-autobiographical in that a Black Mirror episode did help plant the seeds to push his relationship off a cliff. “Trauma” deals with trauma from his childhood that is often at the root of a lot of problems in his life.

Not everything personal is really heavy though. Just like being a headass, on “Sweatpants Spiderman” he explores trying to do life on his own again, like finding an apartment and the scary part of actually looking at prices. Meshed throughout the record are references to various anime, often JoJo’s Bizarre Adventure.

Open Mike Eagle’s stories are well told, interesting and heartfelt. When he is funny, it is funny and when it is tough and personal, you feel for him. The album flows well with a mix of production primarily by Caleb Stone and Frank Leone. Get yourself a copy of the album now and stream it below.