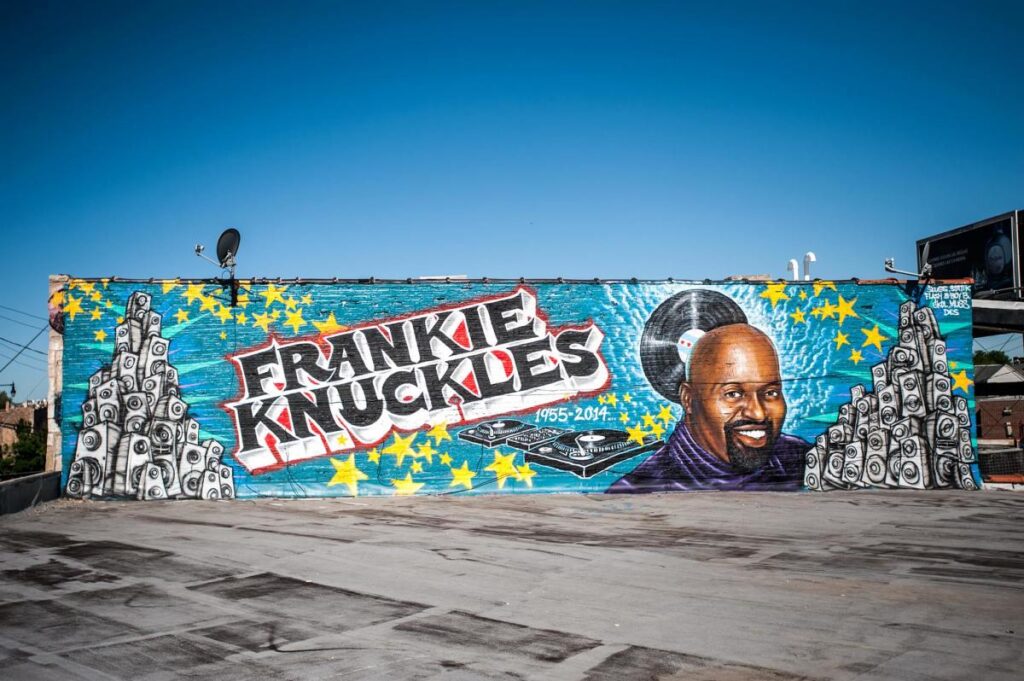 Things suck, but today can be a small shining light in that darkness. A new Frankie Knuckles song, “Carefree (I Am A Star)” has been released today. The song helps to relaunch classic house label DJ International with an upcoming album JACKMASTER 7, which follows JACKMASTER 1-6 that were released from 1987-1991.

DJ International was launched in 1985, just as house music was starting to develop into a commercial entity with records that could be made, pressed, bought and sold around the world. It’s roster includes the likes Marshall Jefferson, Farley “Jackmaster” Funk, Tyree Cooper, Larry Heard aka Mr. Fingers, Fast Eddie, Steve “Silk” Hurley and others.

Over the next few months, there will be a few more tracks released from the project. More details about the album will come soon.

The song itself is a belter, meant for a joyous weekend affair. It is the sort of house music we don’t hear much of anymore and that positivity is desperately needed. Play this loud in honor of Frankie Knuckles.

In addition to the new song, Eric Kupper, Frankie Knuckles longtime production partner, has released an update of the Sound Factory version of “The Whistle Song.” This comes with Frankie Knuckles Day just a few days away on August 25. Get your copy of it here.

Kupper explains the significance of this version and why he decided to revive this track.

“The then untitled ‘Whistle Song’ was originally mixed to cassette. I had heard Frankie play at the Def Mix 5th anniversary party at the Redzone, and his set truly inspired me. Within a few days I went into the studio and in about 20-30 minutes, wrote and recorded this version. I slipped the cassette to Frankie, who transferred it to reel-to-reel tape, and played it at the Sound Factory. Still untitled, it became instantly popular, and people came up to the DJ booth asking, ‘what is that whistle song you’ve been playing?’ So, it was named by the people on the dance floor at the Sound Factory. I then recreated the mix to DAT tape, and that tape is where the original master came from,” explains Kupper.

“This is the classic version that I’ve heard most DJ’s play, besides the newer Director’s Cut version. They must have ripped from the original vinyl or CD single. I felt it was important to have this released again, on vinyl and for the first time in a modern digital format (downloads and streaming). I also felt it could use a sonic update, so I created an entire reproduction, from the ground up.”