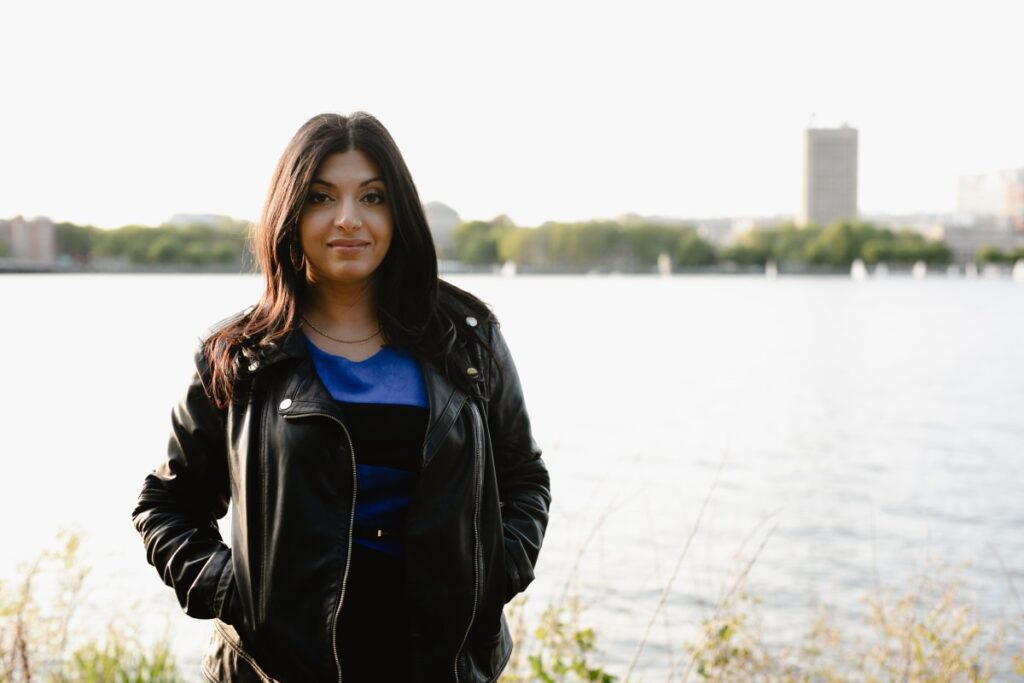 Shaleen Title is an attorney and a 20-year drug policy activist. As CEO of the crowdfunded policy project Parabola Center, she co-authored 2021 model federal amendments focusing on people rather than profits. She previously served as an inaugural marijuana commissioner in Massachusetts. We asked Shaleen to curate this week’s Weedsday Playlist because what all she has done to help make the cannabis industry, and world, a better place.

When asked what inspired her selections, she shared, “My whole career has been building on generations of work by activists and getting to do things for the first time — working on the first campaign to legalize marijuana, starting the first cannabis firms for law and recruiting in my state, building the first state equity program, and now designing what equitable federal legislation can look like. It's a lot of pressure to do right by the millions of people who made it happen. To me, that means blocking out noise and naysayers and turning inward with people you trust who share your vision and creativity, to think about what's possible and how you get there. Cannabis and music can be so helpful for that. That's what the songs on this playlist are about."

Enjoy this eclectic mix with your favorite strain, featuring songs by Tool, Wyclef Jean, Marlon Asher and others.

This is a classic Hindi song that was released in the ‘70s. The track is actually from an old Bollywood film and in that context, the song and the music video were meant to have more of a reefer madness vibe, but it backfired. The song's hyperbolic representation of the ‘70s hippie culture that blossomed in India actually made it a huge hit. The hypnotic beat and alluring, ethereal vocals were some of the reasons why it became such an everlasting cult favorite. This track is definitely one of my most nostalgic favorites.

2. Wyclef Jean – Something About Mary

This is from his 2000 album The Ecleftic: 2 Sides II a Book. I’ve yet to hear a more loving ode to marijuana than “Something About Mary.” True to its title, the album also features a Pink Floyd cover, a mini-drama involving a tour bus being pulled over, and the powerful song “Diallo,” which introduced me to the shooting of Amadou Diallo. I was 18 when I listened to this album, and it opened my eyes in a lot of different ways.

This is a little heavier than my last two picks, propped up by some gritty guitar riffs and lead singer’s Maynard Keenan’s always haunting vocals. My all-time favorite band, “The Pot” is less of a feel good song about marijuana and more addresses the hypocrisy of society when it comes to the illegality of marijuana, jail sentencing for marijuana, and stereotypes that plague marijuana smokers. Their first three albums were incredibly influential for me, precisely because of Tool’s relentless “question authority, think for yourself” message that is always interwoven with their music.

This song does a great job of camouflaging a serious message about racism and classism in a feel good, reggae song. In the song, Asher sings about being a Ganja farmer whose crops are destroyed when Babylon (slang not only for the police but for Western society as a whole) comes down in helicopters and sets his fields on fire. Asher points out that even though marijuana grows from the earth and benefits the “patients” “chemists” and “singers,” “Babylon” has still outlawed the plant. The song ends with “ten thousand Babylon” raiding Asher’s land. Though marijuana has been deeply rooted in culture and religion in parts of the Caribbean for hundreds of years, regulated cannabis industries are just now getting off the ground as grassroots activists and Rastafarians are working to find a place in it.

This is another Bollywood song, for my last pick. A.R Rahman is one of the world’s best-selling recording artists of all time. “Mitwa” opens with the lyrics (translated) “Every wise person says that the one who has truth and courage in his heart will find victory at the end”— the message is a universal one of staying true to oneself. This is one of those songs that I have always turned to again and again when I need to remember there's nothing to be scared of when I know truth is on my side.