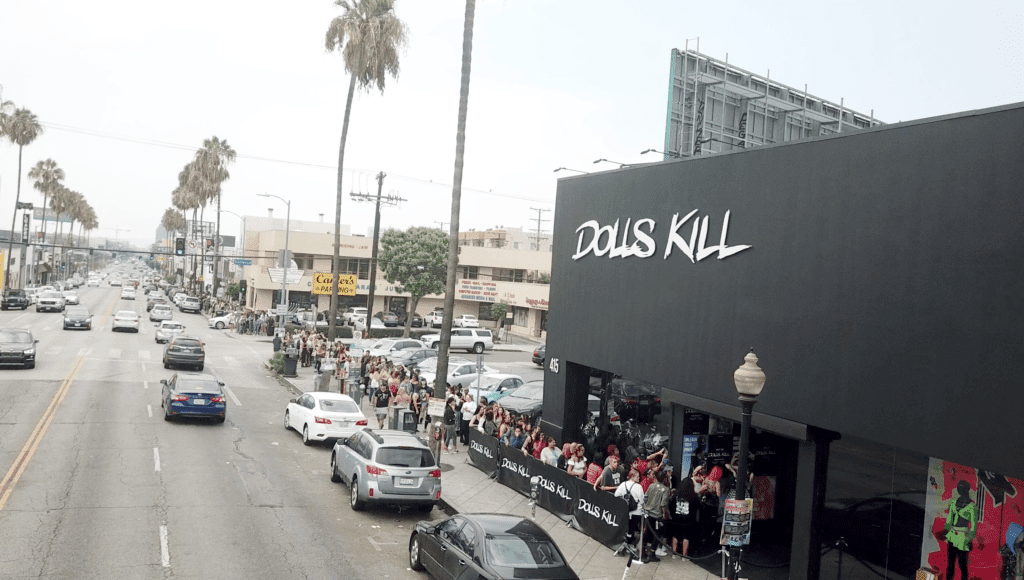 The U.S. is in the middle of growing protests across the nation powered by the Black Lives Matter movement after the cruel death of George Floyd. Along with the peaceful protests, there is also rioting and looting taking place starting from Minneapolis and expanding to New York, Los Angeles, Miami, Philadelphia, and more.

Dolls Kill, an online fast fashion retailer, was one of the businesses looted and ransacked in Los Angeles on May 31. The company faced backlash after co-founder and CCO Shoddy Lynn posted a photo of a line of police officers dressed in riot gear in front their store in the Fairfax District and adding the caption, “Direct action in its glory #blacklivesmatter”

posting the very group ‘in its glory’ that is inflicting harm on innocent black people under the #BlackLivesMatter hashtag? doesn’t seem right. pic.twitter.com/nCoXFMv9E6

Since then, the brand has been called out by various people for their stance seemingly more in line with police officers than with the victims of police brutality. Some of the backlash even called for boycotts against Dolls Kill. Celebrities and musicians SZA and Elijah Daniel voiced their frustrations against the online retailer.

hi everyone, meet Shoddy Lynn, the owner of @DollsKill, praising the police for shooting peaceful protestors outside her store.

do not ever shop there again.

do not even accept a brand deal from them again.

In response, the official Dolls Kill released a statement addressing how they “fucked up.” In the new Instagram post on their official page, they addressed that they were being too “slow to show our support of Black Lives Matter and we should have done more.” They went on to say that the brand “condemns racism, police brutality, violence, bigotry, and hate.” They concluded their post with a promise of pledging $1 million to buying products from black-owned businesses and fashion designers to promote on their website.

We fucked up. We should have been quicker + louder and this is what we r doing about it.

But even the apology has been met with severe outrage from critics online.  Some called out how they posted their apology three times as individual posts along with three other BLM posts of black square tiles with hashtags for Ahmaud Arbery, Breonna Taylor, and George Floyd respectively. This choice led critics to accuse Dolls Kill to care more about their online look and brand than the Black Lives Matter movement they claim to support.

Despite Dolls Kill saying that they “stand in solidarity” with protesters, there are others who were quick to point out that the fast fashion brand has unfollowed celebrities or influencers who have supported Black Lives Matter in the past. Rapper and songwriter Rico Nasty shared on Twitter how the Dolls Kill owner recently unfollowed her. Although Nasty said she was “not surprised,” she used to wear their outfits in the past. However, Rico Nasty has stated recently and frequently that she is in support of the Black Lives Matter protests.

This debacle for Dolls Kill has also unearthed other reasons to boycott them besides the ones related to their recent controversy. Back in 2014, Dolls Kill caught flak for being racist in selling a Native American headdress in their online store where they responded unapologetically. They have also taken heat for selling clothes with the phrases “Dead girls can’t say no” and “Goth is white”.

Dolls Kill is a brand that targets and sells to young adults and utilizes several aesthetics using their six collections. Known as “Dolls,” the collections range in style from goth, punk, kawaii, festival season, and raver.

via BET and AltPress

Elon Musk’s EDM Track NFT is Selling for Over $1.1 Million

REPORT: Tomorrowland Granted Permission to Expand to Three Weekends in 2022