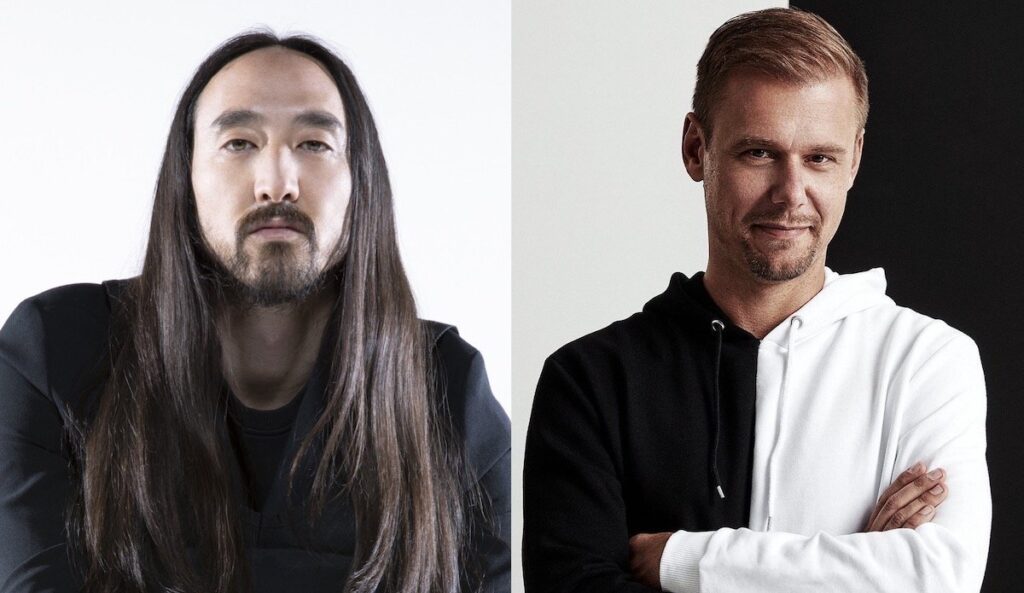 The dance music maestros have been rinsing out this new production in recent sets, much to the excitement of both fan bases. The song features epic builds and releases well equipped for the main stage, along with a robotic chant that repeats: “Move, Unite, Dance, Together — Music Means Love Forever!”

Previously, Armin van Buuren and Avian Grays provided a remix for Steve Aoki’s “I Love My Friends” with Icona Pop and Steve Aoki dropped his ‘I Am The Captain Now’ Remix for Armin’s “Mr. Navigator.” This upcoming release will mark the first time they’ve officially collaborated together.

The “Music Means Love Forever” ID played out during Steve Aoki’s set at Escapade Music Festival in Ottawa, Canada over the weekend. Before that, Aoki and Armin dropped the track at Electric Love Festival in Salzburgring, Austria in July.