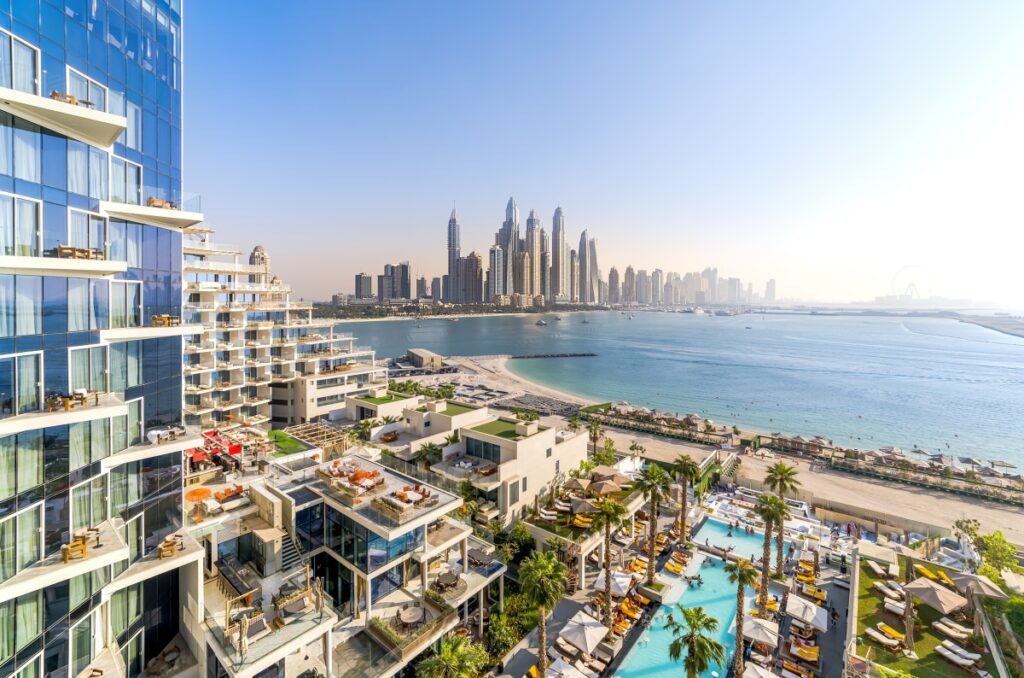 Building on what was said yesterday about FIVE and its music events, hotel brands often need to move beyond the confines of their own hotel properties. Social media spreads the word, but that is always fleeting because the algorithm stops for no one. The pandemic taught everyone in the hospitality and events business that your company needs to have a strong digital presence, which can help keep the lights on. Music is universal and forever, which is why FIVE Hotels launched its own music label, FIVE Music. It is a logical step for a hotel tied to music and has it at its core philosophy.

The hotel realized that with all of the DJs that come to perform and stay there, it made sense for them to go even further into the music business.

“We are always signing artists. Music producers are coming and staying with us and I am very good friends with many of them. I just felt that it makes a lot of sense. It is another thing to keep up with trends in music, but it is another thing to make it a business,” explains Aloki Batra, CEO of FIVE Hotels in an interview with Magnetic.

“You realize that to be ahead of the curve and to keep being relevant, keep the brand agile and cool, music is a huge part of that. So by investing in the business, even if it is baby steps, it still gives us a good understanding of what’s next.”

The label only recently launched and has put out two singles – one from Burak Yeter called “On My My” with Montiego & Séb Mont and Tube & Berger’s collaboration with Grace Gachot, “It’s A Fine Day.” Both capture the idea behind the label for multi-purpose songs, whether it is a beach party or the club at night. It is about soundtracking a good time.

At first, they are mainly working with people the brand knows well and who have played there. “When you do get into the space of creating that chemistry, you start discussing music and then it becomes a why not,” explains Aloki. Both Burak Yeter and Lucas & Steve have been performers and the relationship blossomed from there.

“I always believed the artists who come and play here, we don’t treat them like people on hire, we like to engage with them, we like to understand them, we like them to understand who we are and automatically when they are playing there is more of a connection and passion with our audience,” says Batra. “We are working with people we know very well and have played here.”

The label and DJ sets on the FIVE grounds are linked at the hip. It isn’t just the people they sign and book, but also using those sets for more options later. There are plans on taking streams from the sets at FIVE and using them later on their YouTube channel. “There will be a lot of really cool DJ sets to suit different moods and genres,” says Batra. “Customers may not want to listen to a single everyday, but may want to listen to a great DJ set from Bohemia on the Beach or The Skyline.”

What Does The Future Hold For FIVE Music?

The hotel brand is expanding to Zurich in the summer of 2022, which may not seem obvious, but it felt like the right opportunity for them. “We wanted to go to a place where you have food lovers and EDM is deeply loved there and lovers of music,” explains Batra. “They don’t have a place close by to enjoy a product like this. You have your festivals or your warehouse parties or you go to a restaurant for dinner and you wouldn’t find many lifestyle hotels there.” The hotel location should put them closer to European DJs and offers a different vibe for the summer months, which can be brutal in Dubai.

FIVE Music has six or seven releases planned for 2022, while mostly sticking to singles and EPs. A compilation could come at the end of 2022. The next track will fuse dance-pop and hip-hop to something that is “sounding different.” It will be exciting to see how all of this plays out from Dubai to Zurich and the rest of the world.

FIVE has several Spotify playlists, which help give an idea of the mood at the hotel and the music being put out by FIVE Music.