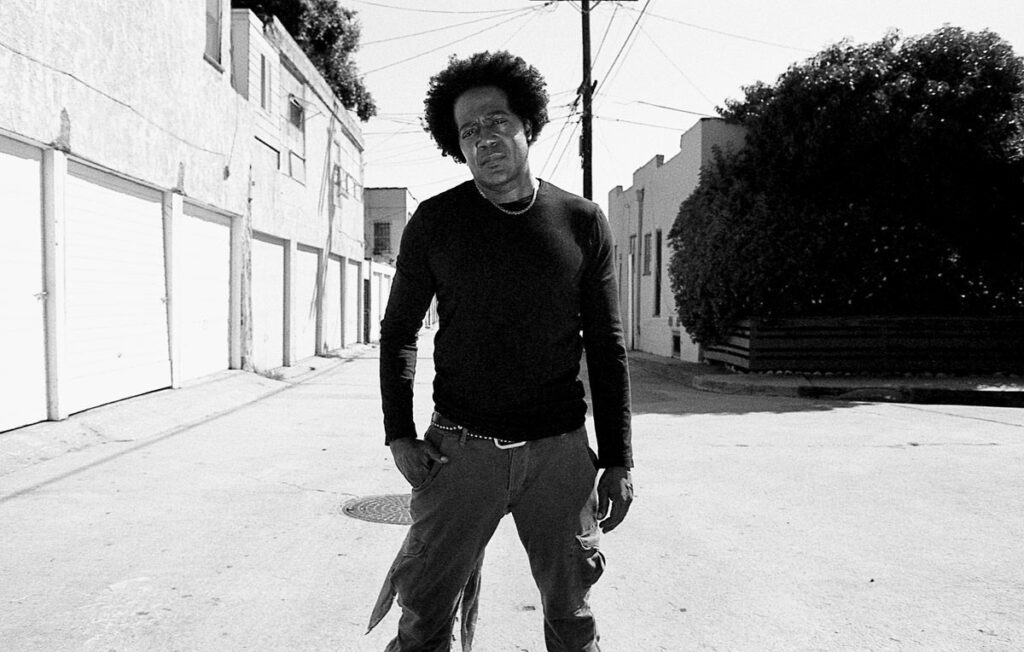 There are moments in the history that change the course dance music forever. They can be small, happy accidents, intentional fuck ups or  flashes brilliance, but these small moments can have a massive impact on the culture that exists today. The creation of acid house is one of those. Vital member of the early Chicago house scene, Nathaniel Pierre Jones aka DJ Pierre taking a Roland TR-303, which had been used by other musicians for their instruments, to then twiddle the knobs and make sound is one of those moments.

Though he had an idea the sound from the 303 would be different, he didn’t know what it would sound like. The result became the squelching, hard and gritty sound we now come to know as acid house. Together with Earl "Spanky" Smith Jr. & Herbert "Herb J" Jackson, they together as Phuture created "Acid Trax,” which was then played out by Ron Trent and the acid was unleashed on the world.

However, DJ Pierre’s story doesn’t end in 1985 or later in the 1980s. He has had a prolific career since then as a DJ, producer and remixer. He has worked with the likes of Barbara Tucker, Ay-Us, Chic Loren and a slew of other DJs. He most recently remixed the iconic Roland Clark & Roland Leesker track “WTF” on his own and with his Phuture compatriots in a 2020 acid remix. You can get those remixes here.

We had a chance to chat with DJ Pierre about first making acid, social justice in the music business over the past several months in the music industry, the pandemic and much more.

The story of how you first twiddled the knobs on the 303 is well known by now. But when you got the 303 with the intention of messing around with it, did you know what type of sound would come out of it?

No, we had no idea. We had in our minds that it would just sound like any other keyboard, but we just hoped that the bass would sound as dope as I thought it might.

What if the 303 had sounded different, would you still have worked with it?

Well when manipulated, it actually did sound different. lol!! That's the reason why we are here now.

Do you think acid house has gotten devalued by the amount of emulators, clones or programs that are used?

Well I wouldn't say that Acid House alone is devalued, I would have to specifically point out the fact that music and the arts as a whole has been devalued. Celebrating, and rewarding people simply for their popularity, over talent (or lack there of) teaches people that "talent" and quality isn't important at all, just focus on your popularity. That is how the art, and music has become devalued.

I read that you wrote “Your Only Friend” right after Acid Tracks to try and dispel the idea Phuture was pro-drugs. When did you realize that the genie was out of the bottle with acid house and its association with drug culture (rightly or wrongly), especially in England?

I would say, maybe 3 or 4 months after Ron Hardy had been playing it, and word got back to me that people were calling it "Acid." That's when I soon after found out about the drug. I ended up writing the song pretty much immediately after that.

How do you stay inspired musically these days?

Coronavirus has been devastating across just about every level of society, but focusing on live music, how can we use this reset to make touring fairer and more sustainable for artists and the environment so we don’t go back to the destructive habits of the past?

We need to speak about the troubles of this world, through, and in, our music. We need to look at getting back to the roots of putting love and care in our lyrics, and music.

The big theme over the past three months ever since the murder of George Floyd has been spotlighting the contributions of black artists in music. How would access how the music industry has done with its committees, black boxes and statements?

Well, we all know how the world as a whole has always exploited the meliorated people of this planet for their own personal gain in the name of colonization. So this is just more of the same. This is the colonization of our music by way of not booking, giving attention to, omitting from important circle and paying less to artists of color: an overall agenda to elevate the light, and white skinned people into the most recognizable positions in this industry. This goes for the important gate keeping positions in all the companies connected to this industry as well as the elevating of light/white skinned DJ's to getting the best opportunities for festivals, radio slots and shows, record deals, remixes, producing of major artists etc.

So, when you're looking at America and what's going on there, take a look in the mirror at your own country and industry, and acknowledge the discrimination that happens in your own backyard. It's not happenstance that all the people that are in the most important, most desirable positions are almost always white people. And right now if you're being honest, in your heart you think it's because somehow you are superior, you may end up pushing it back down, but you and I both know it's there. It's there because how could it not be? If all the people in all the high places you see look just like you, you are going to naturally feel special, better, smarter. But to solve that problem all you need do is recognize how you got there? It ain't pretty, and it ain't smart either.

Stop discriminating based on your natural comfort to basically only book white DJ's. Purposely go out and seek to balance the landscape by way of noticing all the VERY talented and creative people of color that you could be introducing to your audience. Start caring more about the music, the history, and foundation of this scene above all else.

You have called the pandemic a Plandemic. On what basis do you think this pandemic was planned or is some sort of plot?

I think that there is always a plan in place, I don't know what part of the plan we are in, or what part is legitimate, but what I do know is that people are dying. If we look back at history we can see so many little micro plans that were in place in order to manipulate the people to buy into, or believe what they needed to believe, in order to get a certain reaction or support for whatever ultimate goals that the governments wanted to achieve. Sometime things can’t be moved forward until the people are maneuvered to a certain mindset to become receptive to it. So it doesn't matter if it was planned or not, it could have been the perfect opportunity to put "whatever" plan in motion.

The 15 Best Tech-House Tracks Of September 2020