Berlin’s RØDHÅD has released a new ambient album for free on his Bandcamp.

The new album titled MOOD is comprised of his own solo archival material mostly from 2017/2018. This is the first experimental ambient release from RØDHÅD and it could also work as a subtle sci-fi soundtrack. The album is “awash with field recordings, droning loops and subtle granulations," according to a statement.

The album is generally quite smooth and easy to zone out to. It does have moments of experimental droning like on “He Or She Will Then Drill Into The Pulp To Reach The Root Canal,” which opens with some light drilling, though is much more pleasant than an actual root canal.

At 18 songs in total, this is a great album to put on and just let ride for a long meditation or session to wind down. Listen to the full project on Bandcamp at whatever price you want, but we recommend a reasonable donation for this much music.

01. A Huge Plume Of Ash Rose From A Volcano
02. Flying Between The Clusters Of Trees Without Buoyoant, Floating Wing Beats
03. He Was Beginning To Despair Of Ever Knowing
04. Like Sleepwalkers Ghosting Through A Dreamscape
05. Lions In The Supermarket Don‘t Sound Like Humans
06. Misty Fog Covering The Side Window
07. That Appeal Has Been Put Into Suspense By Reason
08. He Or She Will Then Drill Into The Pulp To Reach The Root Canal
09. Into Your Brain – A News Report Said The Line Carried 13,000 Volts of Electricity
10. No Forms To Fill Out, No Instant Check, No Waiting Period
11. The Film is About A Clown Who Leaves His Circus And Lives In A Building Near The Railway Station
12. She Wanted Her To Grow Up In A Nice House With A Backyard, So She Could Play
13. The Drawings Were Rearranged, As If By Magic
14. He Didn‘t Seem The Kind Of Guy Who Would Just Get Talking To A Stranger
15. Pigeons Dancing On The Roof
16. When They Returned Home After Midnight
17. I Wanted To Hold Her Close And Whisper In Her Ear That She‘d Be Fine
18. Good Bye My Love

If you want to relax even more, get some CBD from Sunday Scaries with a buy one, get one half off deal on products site-wide currently going. 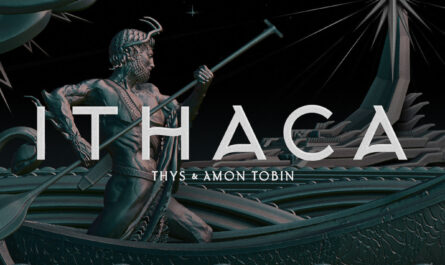