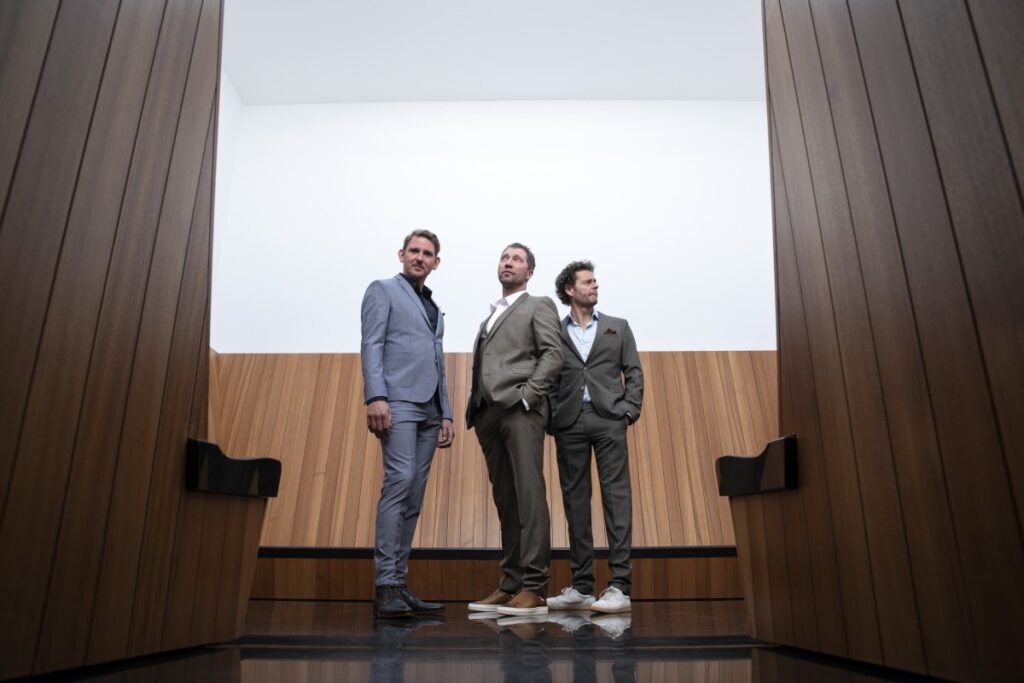 Next up in our Magnetic Mix series is Kraak & Smaak. The funky Dutch trio has been for years one of the most consistent disco and house production teams with a slew of remixes, singles and albums under their name. Nearly two decades into their career, they continue putting out new music like it is year one. They have released six albums to date, the most recent being 2019’s Pleasure Centre, while also doing remixes for the likes of Junkie XL, Maxwell, Moby and others. They are embarking on a live tour of North America in November and December that will kick off is LA on November 18 and hit cities like Denver, Montreal, Austin and Brooklyn.

They bring that live funk and house ethos to this mix, adding songs from various genres they love, while keeping it funky.

“We made this mix trying to showcase the various styles of music we love to play out as K&S, such as nu disco, deep-house and the more indie-electronic related stuff, plus a few upcoming Boogie Angst releases – our own label – of which we felt as a good match,” explains Kraak & Smaak to Magnetic.

“We always try to do the funky stuff, whatever the style, but aren’t afraid to throw in the odd grittier, rougher track. We hope that all of these things are reflected in this particular mix and of course yearning to play all these mighty fine tunes live to a crowd far more often than we are able to at the moment due to the pandemic!"

Catching Up: Perc On Adapting To The Times As An Artist And Label Owner