La based indie electronic producer Robotaki took the big step as an artist to leave a lasting legacy on the world by releasing his debut album The Grand Mirage recently. The album expanded on his blend of downtempo electronica, indie rock, new wave and synth-pop with some hip-hop and summery house music. The singles leading up to the project hinted at greater sonic diversity, but the album puts it all together into a pretty cohesive message. It moves around between breezy summer indie electronic “Holding On,” shimmering downtempo on “Dukkha,” Identity” that sounds like vintage Flume and the dark and chugging “Obelisk.”

The album and his music in general often sounds very warm and welcoming, which can in part be attributed to the gear used to make his music. We asked Robotaki to take us into his studio to show off what he has collected over the years to make the music he has out today. He has some pretty vital synths from Moog, Korg and Roland, in addition to a guitar and Viola bass.

My Toolbox features are similar to How It Was Made, but we look at the artist's general studio set up that transcends one release.

Get your copy of The Grand Mirage here.

The Moog Sub 37 is a beast of a monophonic/duophonic synthesizer and is the most recent addition to my studio. Since I got this, it’s been used on nearly every single one of my projects as a bass or a lead part. Sometimes I get lost in this thing for hours making my own presets or recording small bits of ideas which I then process through guitar pedals, tape machines, and/or digital effects to use afterward. The filter section has so much character that it almost imparts a vocal or acoustic quality to synths.

When resonance and multi-drive are used to their extremes, you can create the weirdest spacey sound effects to sprinkle over tracks. Having the ability to save/recall presets and control several sets of parameters simultaneously with my DAW directly through USB using the Sub 37 Editor is a huge plus. I also occasionally patch external audio through the Sub 37’s filter and distortion unit to take advantage of how gritty and moody it makes things sound. This Moog is a wonderful instrument.

This synth probably doesn’t need an introduction since, in my opinion, it’s the quintessential polyphonic synth of the 80s. I have mine retrofitted with a Kenton PRO DCB Mk3 MIDI to DCB converter to have more control over it with my computer. This was the first synth I bought back in college in Montréal and I haven’t had the urge to move on from it since. I use this all the time in my music to create funky leads (it has a super intuitive pitch toggle as opposed to a wheel), lush pads (usually with that unmistakable chorus), synth keys, or round bass lines. It’s a pretty diverse poly, and if I ever want something to sound like it’s from the 80s, I start fiddling with this one.

The Korg Trident MKI is the second synth that came into my possession as a graduation gift to myself and is the oldest and rarest piece of kit in my collection. Random story, but this particular unit apparently survived a tsunami in Japan and has a date written on its inside when it was restored. Whether it’s a folktale my synth guy told me to charge me higher for repairs or it actually is true, the Trident definitely sounds like it comes from another time or world.

I was drawn to this particular synth because of how it was used on some of my favorite artists’ records: Siriusmo and Phoenix come to mind immediately. It certainly is a more restricted synth, using a combination of a Synth, Brass, and Strings section to produce sounds, but its SSM voice chips are some of the fattest, most retro sounding chips I’ve ever heard. This thing is dripping with analog character and I love it for that. I frequently use this synth for cinematic pads or synth brass, and in my album, it was recorded for synth parts in “The Possibility of a Dream Coming True” and “A Universal Truth”. The onboard flanger of the Trident is also one of the most unique that I’ve ever heard.

The Tascam Portastudio is a 4-track cassette tape recorder and was the conceptual starting point for almost all of the tracks of my album. I use this machine to record small ideas with instruments, which I then play back, record, and process in my DAW to give them a more sampled and Lo-Fi feel. In “Now That We’ve Been in Love ft. Pell,” for example, the main instrumental sample was one I made by individually recording bass, guitar, piano, and flute to tape in order to glue them together and give them a vintage quality.

A little more experimentally, I also recorded on cassettes that I altered to carry tape loops while covering the erase head to use sound-on-sound to create abstract, almost granular, sounding loops that are highly usable sound design elements. Anytime there’s a warbly, grainy part in one of my tracks, most evident in the track “Dukkha,” it most likely came from a tape loop with this Tascam. Although there are numerous powerful tape emulation plugins to use nowadays, there’s something unpredictable about the way this Tascam treats sound that I keep finding myself coming back to it. Kind of a shameless plug, but many of my tape loops (and countless other tape samples) are available for purchase in my Splice Pack: The Lost Tapes.

This is a reel-to-feel tape recorder which I use in a similar way to the Tascam Portastudio, but 1/4-inch tape is different and more Hi-Fi than 3.8 mm cassette tape, so I typically use this tape deck to help add warmth and saturation to my drums, guitars, and synths. When you drive the audio input, it really brings the benefits of tape saturation to light, smoothening out highs but retaining the punchiness and detailing the low-mid warmth of whatever you put through it.

I also use tape loops with these reels but less often because setting it up them up can be kind of labor intensive. When I use tape machines, its less about the precision or accuracy of how it captures sound and more about subtle modifications and character it imparts on sound due to audio passing through magnetic tape. The result is something that sounds much more lifelike and real to me at least.

This Apollo Twin is my studio’s main audio interface. While I’d certainly love to have more I/Os and own an Apollo rack eventually, this does the trick for all my recording and monitoring needs at home. The audio converters are pristine and the ability to use pre-amps in Unison mode and a host of other plugins in real-time with DSP support is hugely helpful for keeping my CPU usage low for larger projects. The latest UAD compressors that I’ve fallen in love with are the 175B and 176 tube compressors for their fast attack, warmth and unique coloration. Everything that produces or records sound in my studio goes to my interface.

This is a Made In Mexico Fender Standard Telecaster that I bought used around spring last year and have been trying to teach myself how to play since. I’m still pretty new to the instrument but I used this guitar quite extensively throughout my album to bring more live instruments into tracks, especially the more indie-oriented ones. When I’m not using amp modeling software, my amps of choice are vintage Marshalls, Roland Jazz Chorus-120, Fender Tweed Deluxe, and Orange OR80, but I usually have to borrow my friends’ since I can’t afford to own them myself yet.

Sometimes I have more of an experimental approach with guitar, using it with various reverbs (the Empress reverb pedal is great), delays, and distortion effects (even putting it through my Sub 37) in various combinations to create sometimes unrecognizable but organic sounding elements which I then chop up and inject into my projects. In “Identity” and “Obelisk,” for example, I have guitars all over them but they’ve been so heavily effected that they behave more like sound design elements.

This is a Höfner-style Violin Bass by Epiphone strung with flatwounds that I bought off of a friend. I started picking up bass guitar a few months ago roughly when I started to write the album and kind of unintentionally recorded it for almost all of the tracks. I’m a huge fan of the Beatles so it goes without saying that when I was looking for that 60s vintage bass sound and saw old videos of Paul McCartney rocking a Höfner 500/1, I had to grab a similar one myself. Many of my other favorite artists and bands like Air and Tame Impala use these kinds of basses which drew me to them even more. With flatwounds, this bass has an incredible warmth and woody tone that almost resembles an upright bass sometimes. This thing sounds awesome with an EHX Small Stone Phaser. 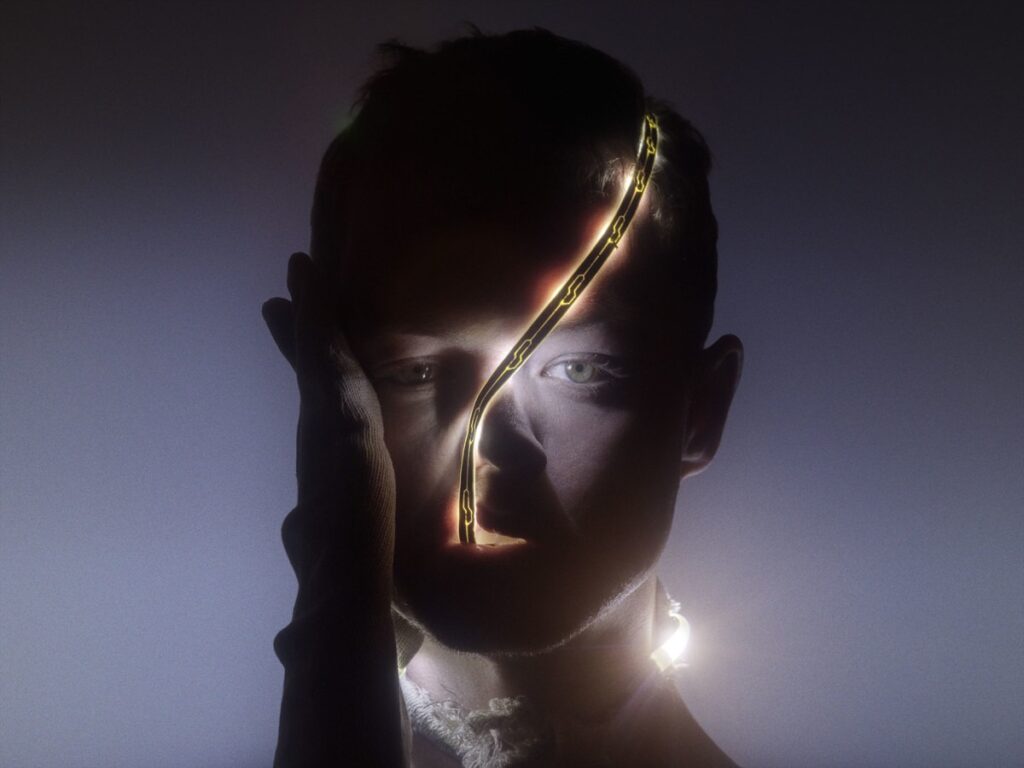 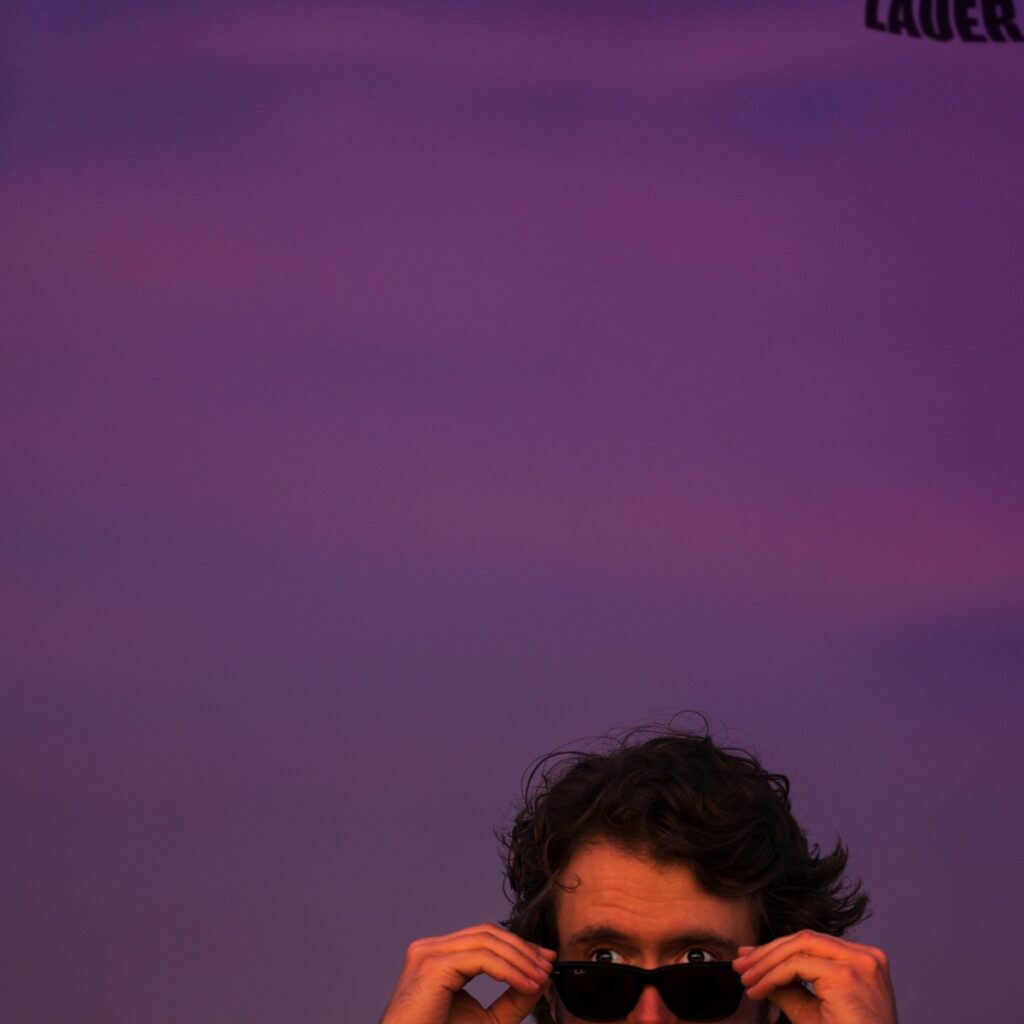 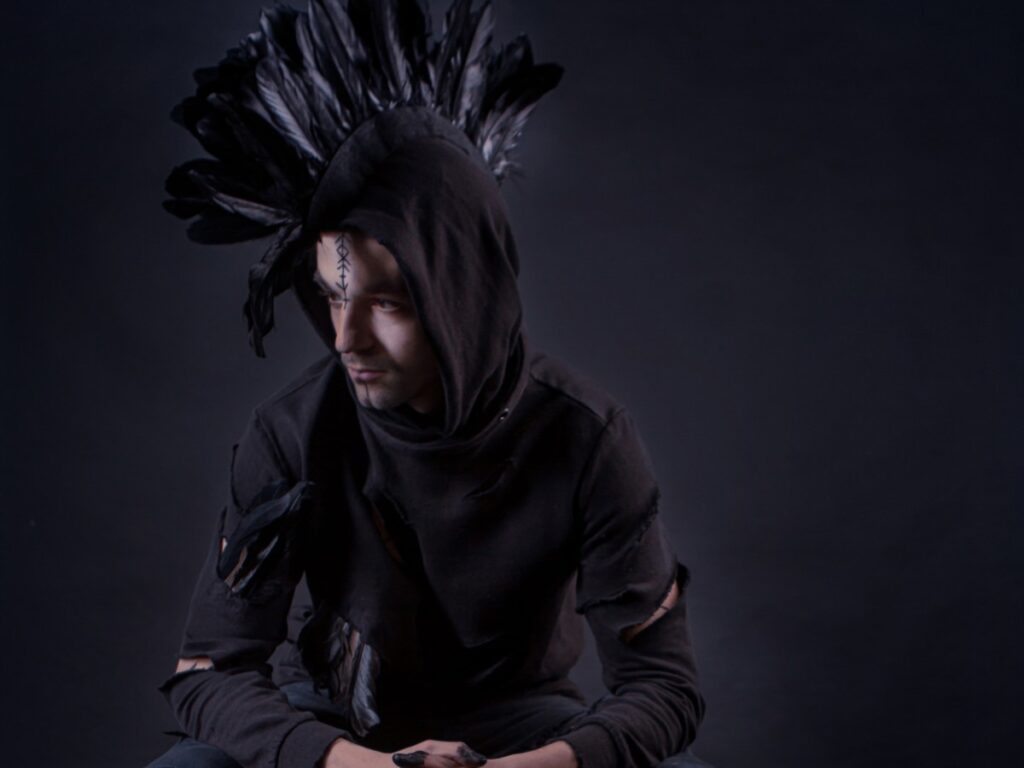 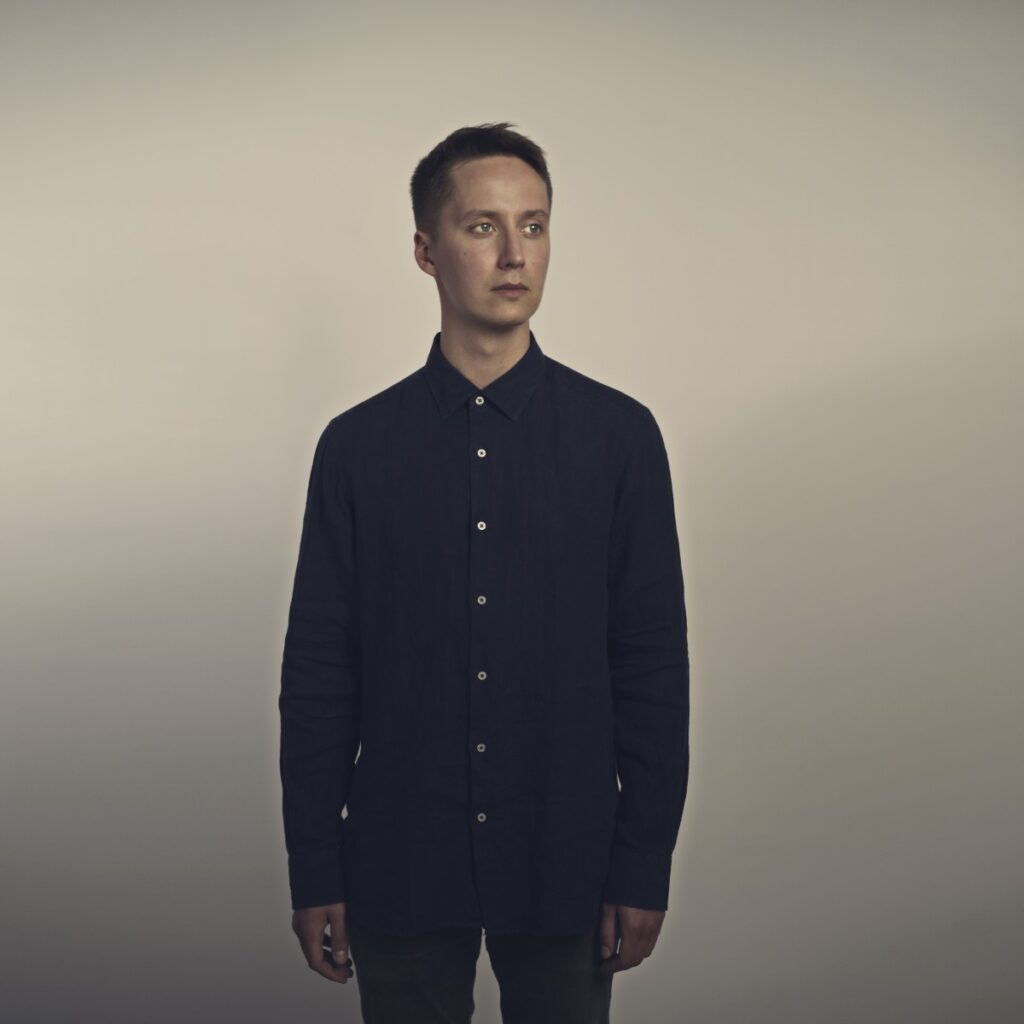 How It Was Made: Wisdom Water – Anaphora 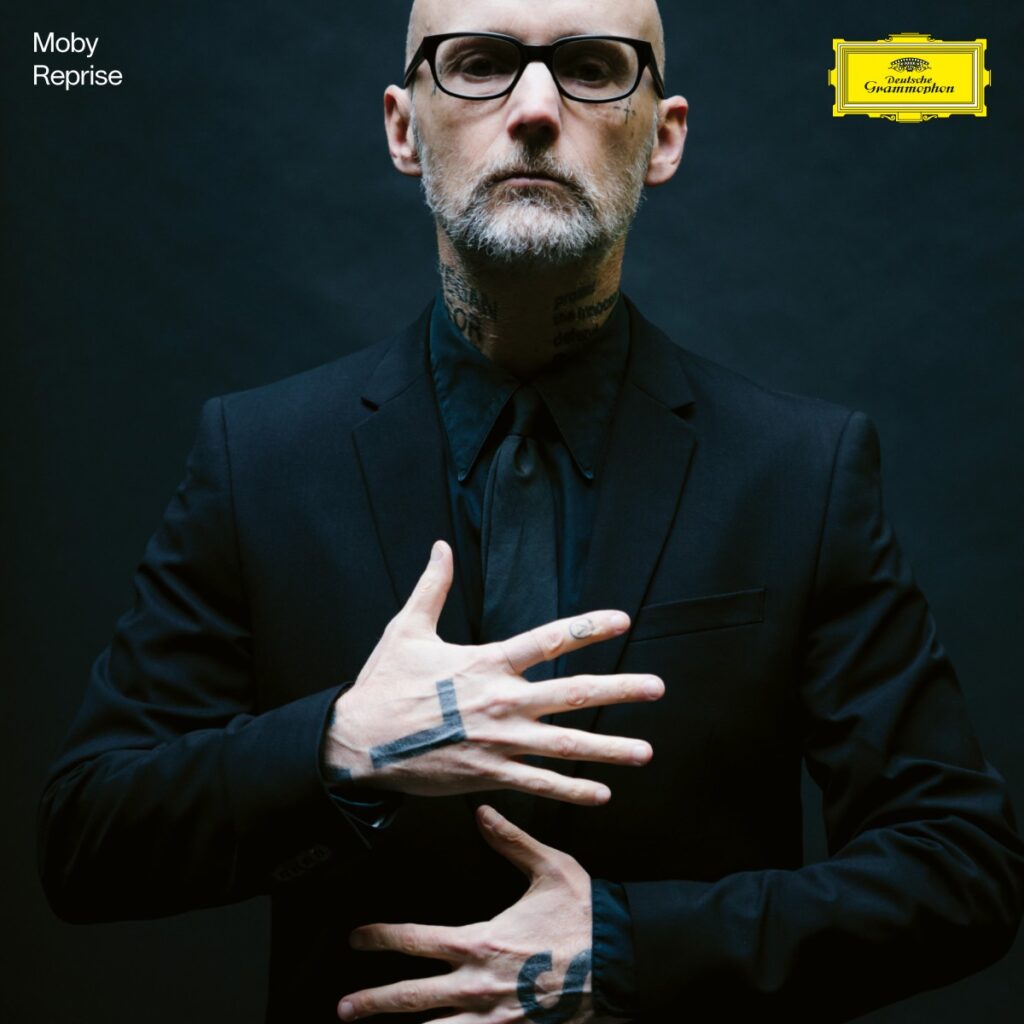 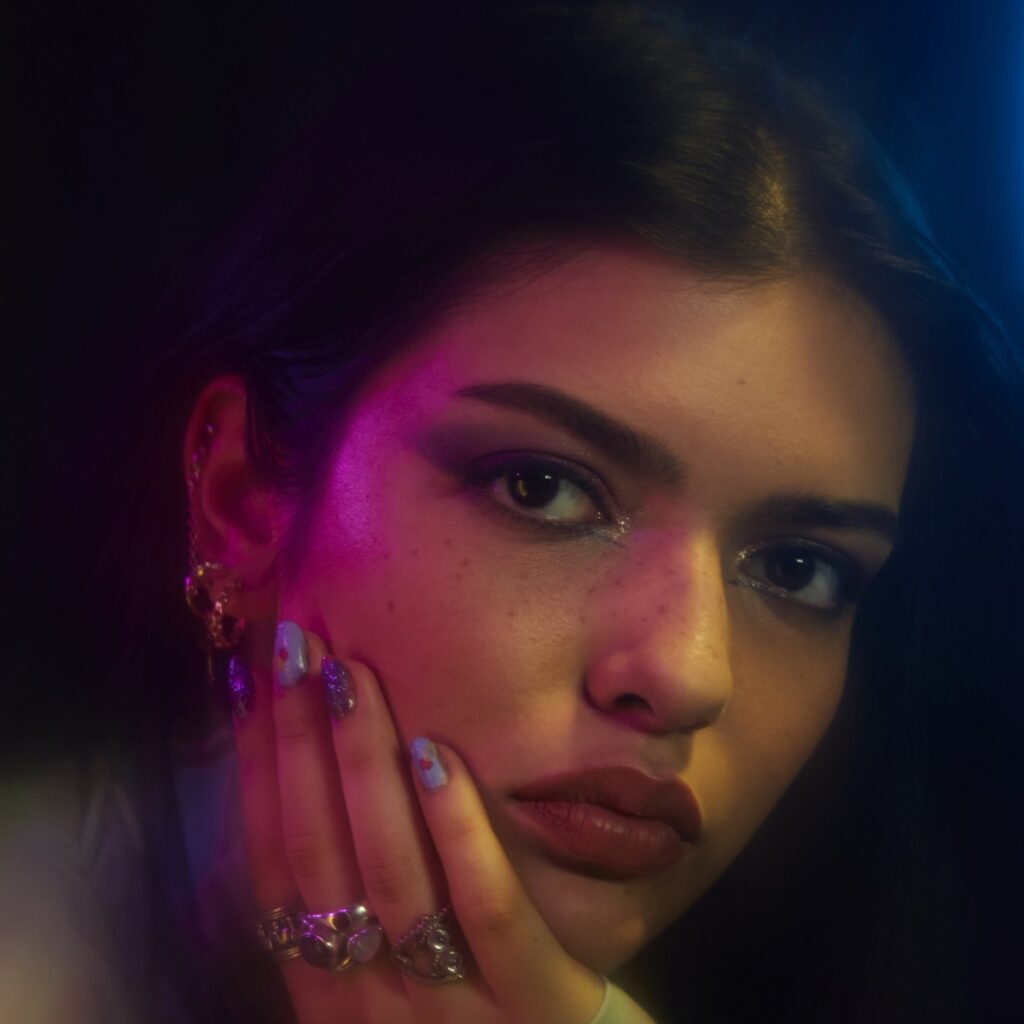