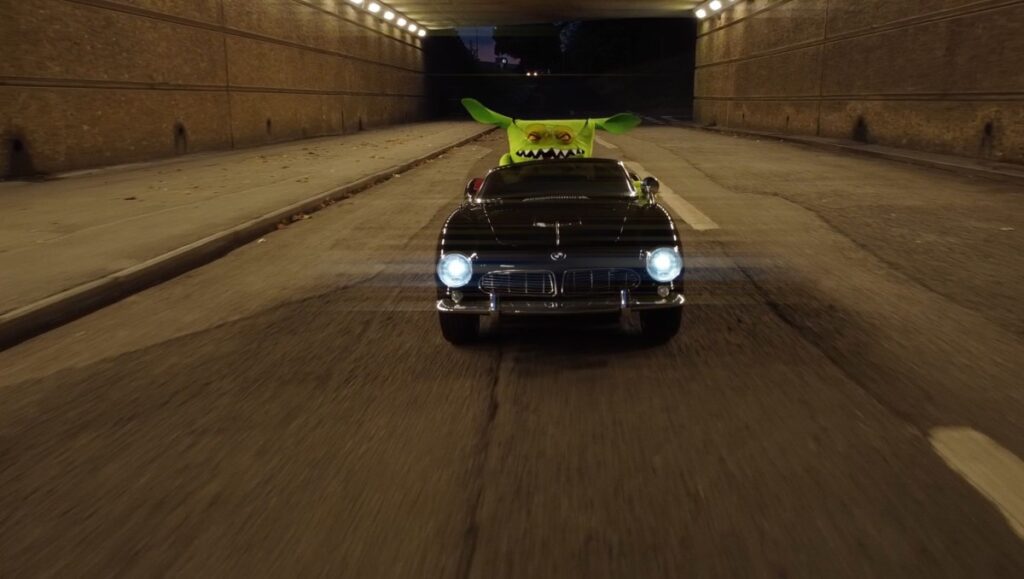 British producer, DJ and creative artist Jon Gooch has released his sixth album under his Feed Me alias. Also known for his revered drum and bass moniker, Spor, Feed Me is the side of Gooch that has brought the harder and heavy electro house for the past decade. Reclusive and not one for the public eye, Gooch is one to put out music, tour and then go back home and make loads more music without fanfare, which has helped make him so prolific over his career.

Now on his sixth album, he is releasing a self-titled project that distills a lot of his past work and expands on them with guitars, bass guitar, including a five-string bass borrowed from Pendulum, synthwave and some house music as well. Though the album does lean into the heavier side of his music, while using a fair amount of organic instrumentation, he does balance it with a few of the melodic tracks that are often sprinkled in and often become some of his most popular.

The opening of the album gives you the crunchy electro tracks you expect to get you situated that this is indeed as Feed Me LP, but melodic tracks like “Reckless” and “Stop Motion” still have the bite of a Feed Me track. He also leans into the synthwave with “Tamp Tamp Tamp” with some soaring synths, that combined with the album finale “Feather Crown,” ends this project on a positive note. Much of his music can be dark, gritty and brutalist, but here there is hope and joy. Take that and run with it if you are having a rough day.

To help break down how this album came together, we asked Feed Me to distill his new album down, track-by-track, in a new Director’s Cut feature. He goes into the creative process and how being isolated in lockdown allowed him to start again with making music. Get your copy of the record here and listen as you read.

In being given the chance to totally isolate myself to work on a record, I felt like I could knock down and start again.

I tried to distill and draw shorter lines to the sounds I wanted – the Brian May / Queen guitar tone is something I’ve loved all my life and often emulated, but I cut out the compromise and got a Red Special. It makes you feel operatic, curtains up, chest out. This is my glam overture, the show must go on.

I spent a lot of lockdown with a small belligerent animal that walks in whenever he feels like it; ten tons of undue confidence, glacial momentum. This is an ode to the situation he found himself in. Texturally I knew I wanted to drag things down after the opening. The record is about feeling over fidelity, I wanted to state that flagrantly.

“Reckless” is a lockdown story reimagined as escapist fantasy. How could I recount the pandemic as an urban myth, a horror? It’s my static feeling meshed with the idea of it being a killer you had to run from, a single entity.

A lot of it is played live through tape, and I wrote the vocals looping the track driving around at night. My friend played the guitar part for me, which is when I felt like it all slotted together. Tasha did a beautiful job and we didn’t fight once.

Certain sounds can push everything else I’m thinking about to the side. I love setting equipment up where it’s on a knife-edge between function and chaos, knock the table and it’s gone type of thing. This bass line is only part written, there’s no MIDI, the rest was the machine's own idea. When it started fizzing and spitting the rest of the track wrote itself.

Musically the track is essentially me playing bass guitar along to a modular arpeggio and pulling at its tuning. Conceptually I took myself a couple of years previous to when we took a boat from a Miami festival back to the city. I spent most of it just absorbing what I saw and heard, sometimes the journey is the story, just reflected color, bouncing along the water.

This is my interlude, like a bonus stage or an advert break. I recorded layers on layers and had fun adding and taking away. It’s cathartic for me to work this way, trying to keep the energy up like a volleyball.

The title is a rude comment born of frustration, which is what the song is to me too. It’s red special, Deckard’s dream into a culture vulture, 303, and the cheapest snare and hi-hat I could find locally. I wanted to get across my alternating irritation and optimism, hence the little cosmic bursts

I’m a big Frazetta fan and I kept walking past some of his books every morning and the font on the spine would catch my eye. I found myself repeating the name until it became a rhythmic, onomatopoeic type thing. I asked lots of people I knew to record themselves doing the same. So now I have this very indirect flagstone marking this process combined with my love for Frazetta. He’s one of the only cases of an artist switching from right to left-handed essentially unimpaired.

This centered around playing parts on my Super 6 into a 4 track, then playing 5 string bass (on loan from Pendulum…hence going one string deeper) along to what I’d done. I’d always wanted to make a song where a bass line I played took centre stage rather than being incidental inserts.

Heights found all this delicate syncopation around what I’d written and the animation metaphor was just too good, she also brought this slightly Kate Bush energy to the chorus. I’m so glad this track got to become what it is, from a producer standpoint it’s almost magical when a vocalist delivers something that.

Lockdown was further proof to myself that creativity is how I balance, self-therapy – this is a piece of self-motivation to keep pushing on, like a soundtrack to my own montage, feet on the desk using a huge phone.

This is the only piece of the album that started as an older seed. It never fit thematically in the past, but here it made sense, and I wanted to finish with a euphoria that reminded me of playing my music directly to people and connecting. It’s a theme to the sort of Peter Pan vitality that lifestyle can give you. I’d normally seek to even out the rhythm of a piece like this but I felt the awkward jerks forwards gave it a sort of innocence. That’s it that’s your lot.

How It Was Made: Wisdom Water – Anaphora

Stream: Take A Trip With Folamour’s Latest Album ‘The Journey’