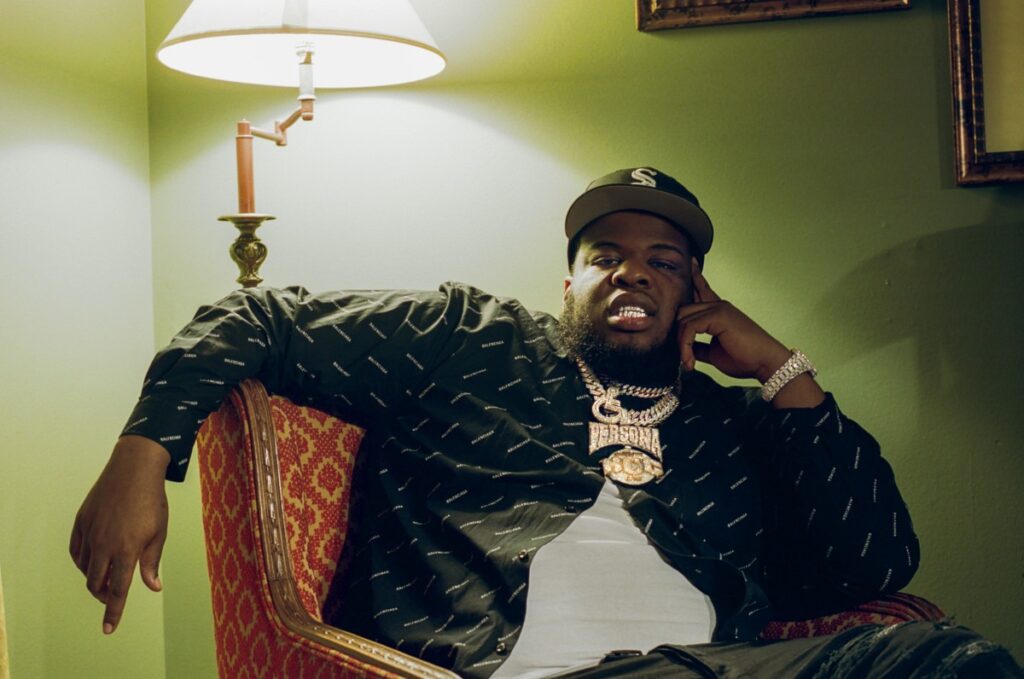 Maxo Kream released his new album WEIGHT OF THE WORLD yesterday. The rapper brings in some big name features for this record including Freddie Gibbs, Tyler, the Creator, Monaleo, A$AP Rocky and Don Toliver.

WEIGHT OF THE WORLD deals with the weight of fame and riches. Coming from a poor neighborhood in Alief, Texas outside of Houston, a lot of the project deals with the internal struggle he has to remain true to his upbringing, while also distancing himself from his past life. “THEY SAY” is him directly answering those critics with the first verse the things he is supposedly hearing about him not handling business in the streets and even not being a great rapper anymore. The second verse is his response, notably telling the world that they should be proud of him. “Hate to see me livin', they won't love 'til I'm dead gone,” he professes.

He addresses more of his critics with songs like “LOCAL JOKER” as he pushes his rap further and further abroad from the streets of Houston.

It isn’t all just letting people know where he has come from and where he has gone. There is plenty of braggadocio throughout, getting Tyler, The Creator to talk about big cars, big jewels and big money on the lively and booming “BIG PERSONA.” There are a few callbacks to classic rap tracks as he works with Three 6 Mafia’s “Poppin My Collar” on “Mama’s Purse,” his story about taking money from his mom’s purse and then his efforts to repay her.

There are other serious moments as well as he talks about the death of his brother, who was shot and killed in Los Angeles last year. “Trips” is dedicated to his brother, as he recounts them growing up and the difficulties they faced. “We did everything together, you did everything I do, Blood brother and I love him, Thuggin' since the age of two,” Kream raps.

Maxo Kream has been one of the more exciting rappers of the past decade. His albums always seem to flow effortlessly and the producers live up to the bars being delivered by Kream. He seems to be getting more confident with each passing release and now at the status of getting big time features, there isn’t anything that should be stopping him. Get your copy of WEIGHT OF THE WORLD here.