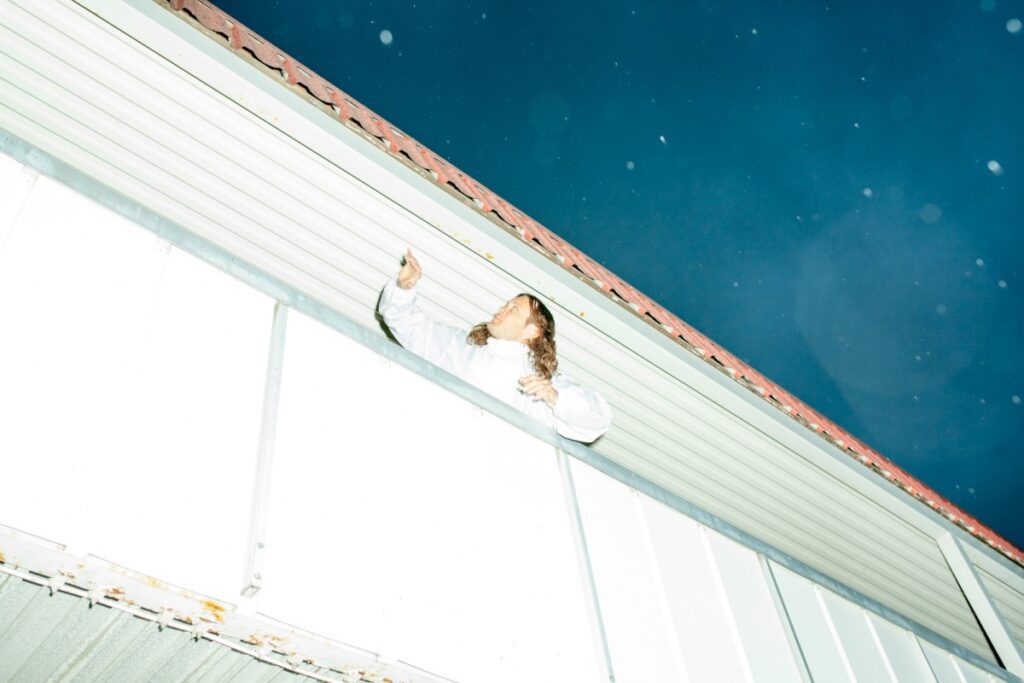 The new album from Joel Wästberg aka sir Was is directly related to serious upheaval in his life. The process for writing began in lockdown after his tour with Little Dragon was cancelled. Then in August 2020, he was diagnosed with a rare hereditary disease that causes multiple strokes. This disease gave him a different perspective on life, meaning he had to celebrate every day, while coming to terms with his own mortality.

His debut album Let the Morning Come embraces that spirit. The first half is upbeat, summery and cheery like “I Need A Minute” and the infectious “Spend A Lifetime,” which has a melodic line that will be stuck with you for quite some time. Then things start to slow down some as we turn the corner to the final few songs, especially “Time To Let It Out.”

We asked sir Was to break down the album for a new How It Was Made feature. He used everything from a Glockenspiel, drums, synths and an organ. Read on to find out how he did it and get your copy of the album here.

CHECK OUT OTHER ARTISTS' STUDIOS NOW

For this album I used this Hammond organ for all songs (except “Before The Morning Comes,” “One Day” and “I Wanna Feel Like That”). I was looking to find some kind of cheaper 70's type of organ (I knew a Hammond would be too expensive) and I found this old dusty organ in the seller’s garage. I then realized it actually was a Hammond, E-100, not the B3 but still a Hammond! I love this instrument and combined with a Leslie cabinet it can create some amazing sounds!

I use recorder a lot. It’s hard to compete with that sound I think. It’s so organic and rich and fragile at the same time. You hear it in the songs “I Need A minute,” “Time To Let It Out,” and “I Wanna Feel Like That.” Maybe it’s from the Beatles albums or just the fact that there’s a lot of recorders around in Sweden since it was mandatory to learn to play the recorder before any other instrument until the early 80’s…..

I used to hate glockenspiel. I really did. Why? Because I associated it with advertisements and “cute” indie pop. For a couple of years the music in ads has consisted of ukulele, whistling, and glockenspiel. At least that’s how I remember it. Anyway, in my former studio (which I shared with a bunch of people) there was this glockenspiel lying around and one day I just tried it. From that day I was hooked on glock. Maybe, maybe it also has something to do with me hearing "Strawberry Letter 23," the Shuggie Otis version. Listen to that song and tell me you don’t like glockenspiel.

I have been storing this for a friend and in return I get to use it. It is pretty new to me, but I really like it for some stuff. The arpeggiator is really fun and it just has the good old warm synth feel too it. It can be heard as the main synth on “Time To Let It Out” and in the intro and outro in “Spend A Lifetime.”

Drums in capitals. So much to say about drums. I don’t know much about different drum brands but I do know when I like the sound and not. I bought this kit, Wesper, on a flea market for 170 dollars. I used them for all songs except “One Day” where it’s programmed drum machine. I feel I learn about drums every time I sit down at them, not to mention when recording them. When I find that feel and sound I’m searching for it is just heaven. It’s a never-ending quest.

Piano. How do I even begin. Piano and drums might be the core of things that I like when it comes to instruments. It just feels like the holy trinity of instruments, maybe the voice being the Holy Spirit. I’ve never owned a piano until last year when I bought this one. I’m really happy about it. It has a lovely depth to it. I tried it out in a piano store in my neighborhood. They had maybe 20 upright pianos in there, but this one stood out to me. It was also the cheapest, which made me very happy too.

When I made my first album I didn’t even have a guitar. Again, I shared a studio with some people and I just borrowed theirs (without asking, sorry) and when it was time to play live I realized I needed one. My friend and live bandmate, Anders, who unlike me is a real guitarist, had this Fender Jaguar he wanted to sell and I just liked it instantly. It has pretty short and small neck, which I really appreciate. It is very easy to get around. It also has Lundgren P-90 mics that can give this really thick sound. It can be heard on “Before The Morning Comes,” “I Wanna Feel Like That” and “You Float.”

The Moog Minitaur is used for many songs on Let The Morning Come sometimes in combination with a Juno 106 bass-sound. It just has a lovely thick and warm sound.

I would say almost every recorded sound on this album went through these preamps. I really like to have the EQ on there to be able to shape the sound at an early stage if needed. Warm Audio’s version of classic preamps made more affordable than the original. I really appreciate this gear. I feel as the sounds in general feel more “alive” going through this rather then straight into the A/D converter.

The Director’s Cut: BT – The Lost Art Of Longing