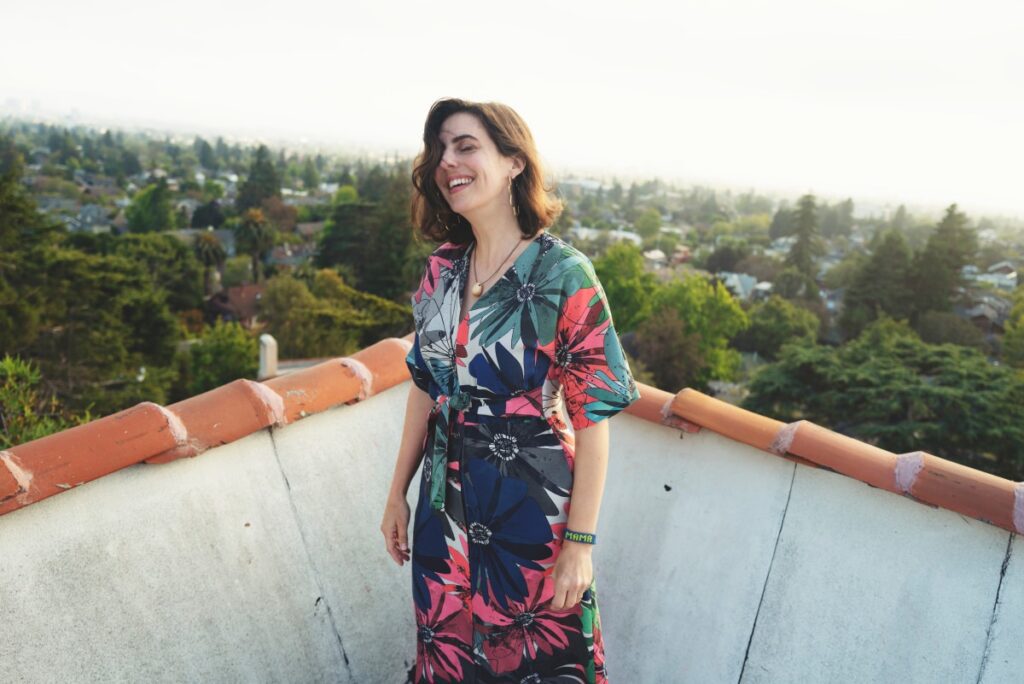 Singer, multi-instrumentalist and label founder Jenny Gillespie Mason has released a new album Gnani as Sis. Though the album collates pieces of music from studios and collaborators all across the US, most of Gnani, was recorded at Mason’s home studio in Berkeley, CA.

Inspired by the cosmic, spiritual jazz of Alice Coltrane and Four Tet’s sampling and synthesis, Sis channels that sort of jazz with psychedelic textures and gentle synth-pop. Using vintage keyboards such as clavinet, Phillicordia, Rhodes, B3 Hammond organ, Farfisa, and ARP Odyssey, Mason worked with Brijean Murphy for congas, bongos, percussion and Doug Stuart on bass to help stitch this LP together.

The album got its name a quote by Nisargadatta Maharaj—”The gnani (the one who knows) does not die, because he was never born” to explore the idea of timeless in nature and the flow state that people can experience when making music.

At only six songs, Gnani is short, concise and doesn’t waste any time. It opens with the gentle “Double Rapture” that captures the mood of the top half of the album. Her voice seems to reverberate around the songs like sunshine on the snow or a flash of light through a kaleidoscope. The synths and drums twinkle with calming brightness of sunny winter day. There can be a little funk added as well with tunes like “Wooie” that gives the album some danceable grooves. “Light Is There” may be the widest and most uplifting of the song as harmonies soar above synths and drums.

Some of the songs have multiple stanzas to them like the ambient opener for “Flower In Space” that slowly builds into another reminder of her ability to craft gentle synth-pop. “Embodiment” continues that trend, transitioning from warped blend of electronics into cosmic jazz. This leads right into the finale “Gazelle Rites” that carries over the jazzy elements with its various synth leads for an instrumental finish.

Sis starts 2022 with a smart, elegant and wonderful mix of jazz, synth-pop and subtle electronic music. Whether it is a cold day indoors or a day lounging in the sun, Gnani hits the spot for anyone. Gnani is her most refined work yet. Pick up the album now via Native Cat Recordings.