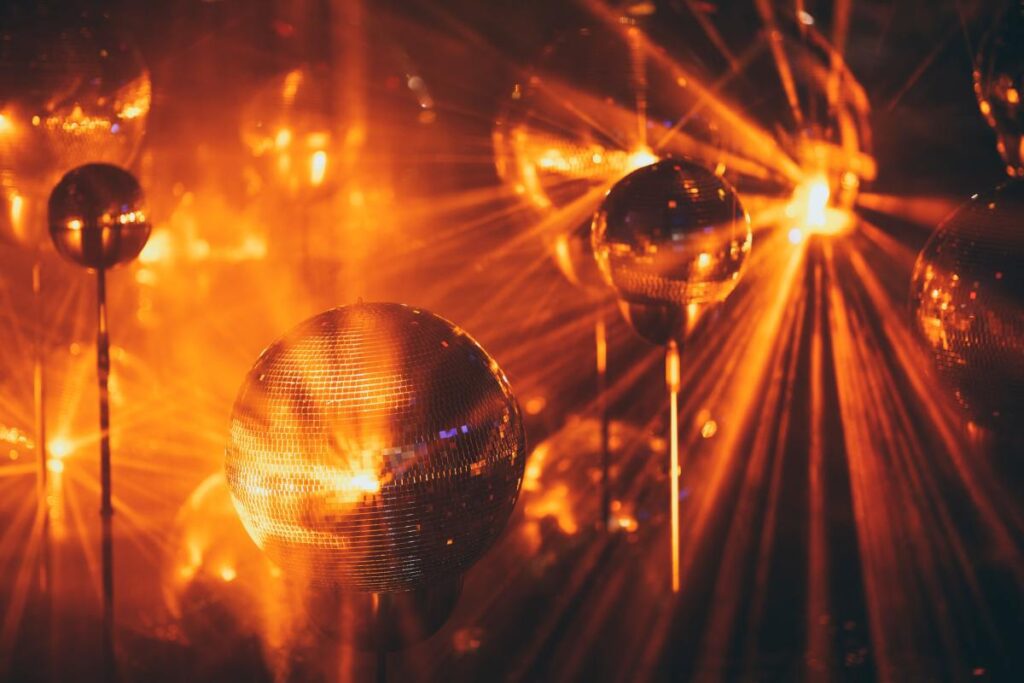 October is jammed with Kylie and Duran Duran and Louis La Roche, oh my, just to name a few! As the holidays approach and you prepare to spend time with loved ones, don't forget to take time to dance a little too!

Kylie Minogue's love of Years and Years Olly Alexander knows no bounds! The duo is back with "A Second To Midnight," another disco-laden collaboration that will appear on Disco: Guest List Edition. The track is a light and bouncy dance track that is as welcome on pop radio as it is on the dancefloor. Check out the fun face-swapping video below.

Duran Duran is back with their 15th album Future/Past, celebrating the 40th anniversary of the band. "Beautiful Lies" is the product of the band's collaboration with the iconic Giorgio Moroder. The track has a thoroughly modern feel while capturing the signature disco/synth sound that Moroder perfected with Donna Summer. This song could have fit on an album in 1982, but thankfully it's a 2021 treat.

Funky Loffe has created a funky, sexy dreamscape with their version of "Street Dreams." This track is full of slap bass, sweet synths, handclaps, and purring female vocals. If this doesn't get your groove going, nothing will! Check it out on Cut/Chase Records.

Ghetto Disco Records has quickly solidified its place in the disco genre as a label to be noticed on, and Da Lukas is taking full advantage of that with "Free and Happy," a sensual and funky groove that begs to be played at the disco and your next party. If you like vintage organs, funky bass, and just a little Latin rhythm, then this track is for you!

Let's welcome Louis La Roche back to the disco! Louis always dives in 100% with his music, no matter the genre, and on "One Big Gay Disco" he takes a little hate speech and turns it into a dancefloor burner. If America is one big gay disco, then it should be a really fabulous place to live!

Super Disco Club is new to this chart, but they have arrived with full disco flair on "Happiness!" It's hard to go wrong when you have the vocal talents of Sadako Pointer, the granddaughter of Ruth Pointer, who also represents a third generation of The Pointer Sisters. What makes this song great is the classic disco sound that makes it sound like it could have been a hit in 1978 or now.

Spa In Disco Records has another winner with Infrasoul's World On Groove EP. Every track is excellent on this EP, so it was hard to choose just one, but the dancefloor filler is sure to be "So Groovy." This track starts out sounding very Latin inspired and maintains that vibe all the way through while adding a thumping backbeat to light those party fires!

8. Brothers In Arts – Back Where You Start

Brothers In Arts are back, this time on Spa In Disco Records with "Back Where You Start." This track has a deeply funky vocal and is backed up with some ferocious brass, very reminiscent of all of those great brass sections that made the 70's so great! Don't think this is a retro throwback because there is plenty to keep this track 2021 ready!

Continuing on with the Latin tinged tracks, "Joy (Basement Mix)" starts with the basics to "You Should Be Dancing" but turns it on its ear about 30 seconds in, making the track uniquely its own. MVC Project has cleverly intertwined the classic tune with their own jazzy little jam, and it's magic! Check it out on Hive Label now. So good indeed!

Mango Sounds present Groovemasta and their fantastic track "Right Behind You." The track is a slow burner to begin with, which makes it all the more brilliant when the bass kicks in at the 1:21 mark. By then, the song already has you hooked, and you won't want to be any place besides the dancefloor when this jam sweeps you away!

Always count on Monsieur Van Pratt to give you a jam that will make you get on your feet and shake your groove thang! "Sax Factor" is a slower tempo but don't let that fool you. There is enough funk to get you down and enough sax to bring you back up! Check this track out on the Vision of Love Ep 1.

"Get Down" is a true old-school jam. Shaka Loves You makes this track sound like you dug it out of your grandparent's 45's, the kind of record that played at the best basement dance party. Let this be the inspiration for your next backyard or basement party with your friends!

"I Do Me" is a classic example old school funk wrapped in a modern shell. George Kelly is channeling his inner funk with the bass and synths, but it's Damon Trueitt's vocals that get right down to the funk of the matter. This EP includes a nu-disco-tinged version as well, but for me, my money is on the original version.

Moods "Ecstasy" is a moody synth and bass-driven instrumental jam. The subtle addition of jazz flute and sax over the synth strings will wash over you like, well, the first wave of the song's title. This is the first release from the new album Music Ruined My Life, and I can't wait to see what the full LP has to offer.

Winnipeg, Canada's NICOLAAS, and Stockholm, Sweden's Kimchii joined forces via the internet to create the perfect nu-disco slow-burner "Forever Always." Kimchii is pulling the vocal duties on the original mix of this track. The combination of his gentle vocal stylings, the soft synths, and just enough bass to keep the funk going take us on a journey of nostalgia and reminiscing about past love while growing from the experience. You can find this one on Too Slow To Disco Neo.

Check out the SoundCloud playlist below:

For more Disco and Funk, check out my Spotify playlist: