Emerging talent Harvey Causon shares a glimpse of the intricate sonic universe laid out on six-track EP Vertebrae, with title track and video which sees Causon break down intellectual themes on faith and belief within an experimental pop instrumentation framed by ambient synths.

Unveiling R&B-infused electronic arrangements across six tracks, all led by Causon’s smooth vocals, the EP’S catchiness is encapsulated by the explorative and emotive feel of the “Vertebrae,” which sees the emerging act delve into his fascinations and introspections on the belief system, inspired by a story from his father.

Speaking of the track’s message he explains,“Vertebrae was inspired by a story of my Father at the age of fourteen, stumbling across a church and having an overwhelming experience of believing he was speaking in tongues and in contact with God. He brought this fervour and new found belief to his parents who from that day onwards became evangelical Christians.”

The theme of the track is reflected in the cinematic, self-directed visuals of a baptism chamber, which brings life to Causon’s sonic narration of his father’s religious awakening.

With a religious core that builds towards deep-thinking ideas of spine tingling and cerebral interconnectedness among humanity, both the title track and the EP by extension make for a magical transportive experience, that leave us brimming with anticipation for this promising electro-pop act.

Having established an ability to use his craft as a vehicle for personal musical journeys that travel straight into the hearts of his listeners. The EP including “Foxtrot N,” “Corinthians,” “Tenfold,” and “Midas,” twists and turns, leading us with anticipation into the next step into Causon’s career. 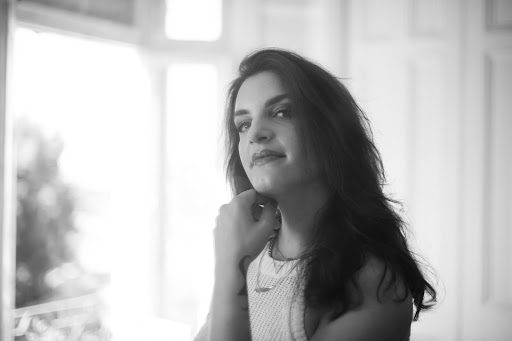